Kojo was born in 1987, to an American family with Ghanaian roots. He became a Christian at Braeswood Assembly of God at a very young age. He was active in Royal Rangers, and the Bible Quiz team. Kojo attended schools in Sugar Land, Texas, including Austin Parkway Elementary School, Lake Olympia Middle School, and Clements High School. He loved playing the saxophone and won awards in fields as diverse as science and poetry. He obtained his bachelor’s degree in European History, Classical Studies, and Religious Studies at the University of Pennsylvania, where he was a reporter for the Daily Pennsylvanian, editor of numerous publications, and recipient of diverse academic scholarships. He wrote his thesis, ‘The Aesthetic of the Ascetic’, after travelling to monasteries to explore the ‘differing contemporary representations of the Puritan tradition’. Kojo’s philanthropic activities included travelling to study human trafficking in North Africa and setting up a library in a small village in Ghana. He graduated from Penn with honours, and moved on to St Hilda’s to read for the MPhil in History in 2009.

Kojo Minta was tragically swept to his death in the Gave d’Oloron river in Navarrenx, in the Aquitaine region of France, while holidaying with College friends in August 2011. He had just gained a Distinction in his History MPhil and had secured funding to continue to a DPhil. He was a much-loved figure in the St Hilda’s College MCR, where he had served as Vice-President during the academic year 2010-11, and his sudden loss came as a great shock to the College community. Kojo had a zest for life that inspired those around him. He was well-known for his stylish attire and his love of cooking. At the same time, he was a man of quiet and courteous manners. The words used to describe Kojo by his family, friends, and tutors include ‘brilliant, kind, witty, delightful, charming, admired, and loved’. He is remembered as a man of quiet good works and deep convictions who knew the Bible and Milton by heart.

The goals of the scholarship are to remember Kojo forever within both the University and College, and to help other graduates to realise their potential, talent and promise which was so evident in Kojo and has been tragically lost. The Memorial Fund will provide a graduate scholarship in the humanities at St Hilda’s every year.

Donations to the Kojo Minta Memorial Fund will create an endowed fund which will generate income annually to support the scholarship. A target of £100,000 has been set for the Fund - this will create a meaningful level of scholarship funding to attract applications from the most able and talented graduate students from across the world.

The Kojo Minta Memorial Fund currently awards two travel and research awards (up to £500 per award) each Hilary Term. MCR members are invited to apply for these in order to complete research and undertake travel to support their studies.

Applications must be submitted in the usual way on the graduate travel or graduate research forms provided on the College WebLearn site.

Applications will be considered by the Support and Travel Grants Committee in 4th Week of Hilary Term. The deadline for submission of applications is noon on Wednesday of 2nd Week.

Those students awarded the travel and research grants are required to write a short report (around 200 words) detailing how the funds were used. Below you can read extracts from these reports by recent recipients of the Kojo Minta Memorial Fund travel grants.

Markus Gerstel (DPhil in Systems Biology, 2010-15): “I was the only student amongst the senior scientists within our presentation session, and felt immensely privileged to be able to give a well-visited talk in the largest presentation room at the most prestigious conference in the field. The financial assistance provided by the Kojo Minta Travel Award was an essential help in making this possible. I met Kojo during my first year in Oxford, and I am glad to see that through this Memorial Fund his spirit will live on at St Hilda’s College.”

For the full report, visit 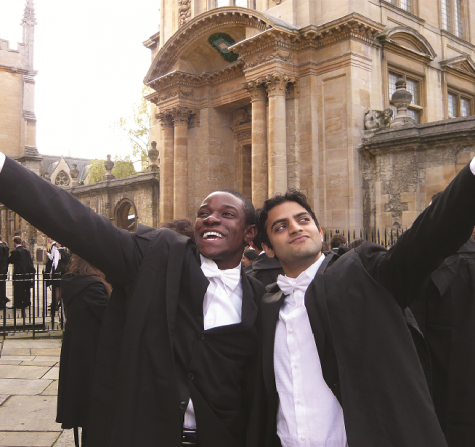 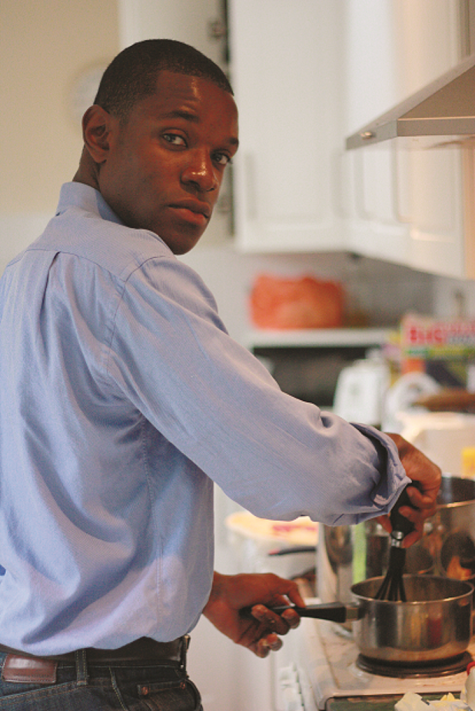 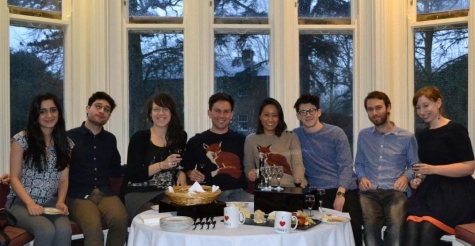