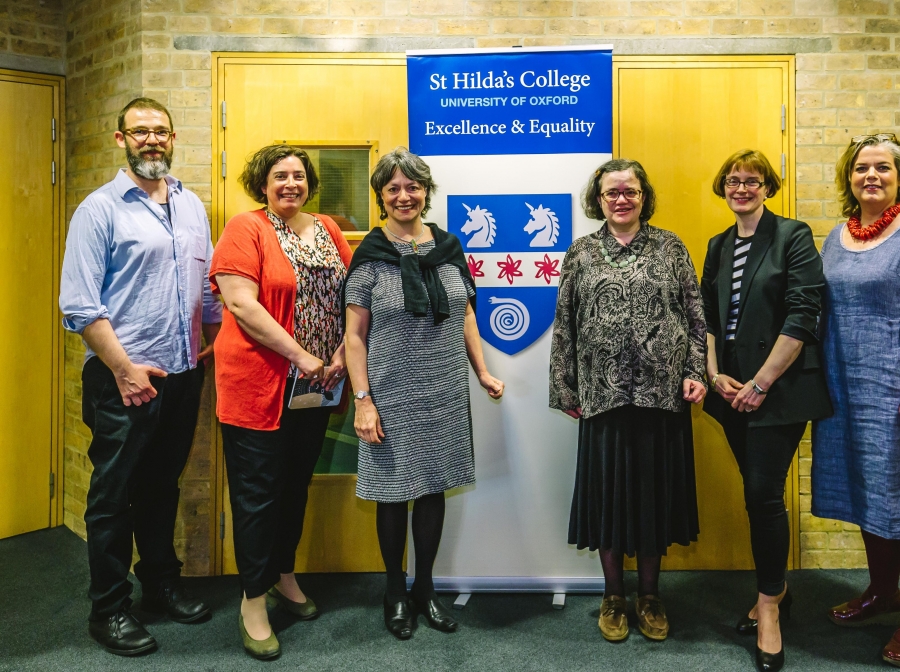 St Hilda's cultivates innovative, independent thinkers and research is an important part of life here. The Fellowship pioneers outstanding research across all the disciplines represented in College and supports students to engage with specific research cultures and wider networks. We encourage development of creative collaborations across disciplinary boundaries. Concepts and opinions are shared within our community and with leading external researchers at interdisciplinary networks and events. Both undergraduates and graduate students are warmly welcomed at these events.

Dr Joseph Browning, St Hilda’s British Academy Postdoctoral Fellow, has carried out innovative research into how musicians respond to environmental emergencies since joining the College in 2018.

While at St Hilda’s, Dr Browning has conducted an ethnographic study of the British contemporary music scene. He has explored how musicians, composers, and performers are responding to environmental crises such as climate change and mass extinction, and how they use music to highlight these issues. Dr Browning’s fieldwork has involved conducting interviews with artists as well as attending concerts and festivals. Some events have taken place in concert halls while others have been place based, from a sound installation in Epping Forest to performance art in the Cairngorms and Singing with Nightingales, where the audience accompanied the musicians into a forest at night to hear them duet with nightingales.

Dr Browning will shortly be leaving St Hilda’s to take up a position as Lecturer in Music at City, University of London. His experience at St Hilda’s has been valuable in furthering his career in part because of the opportunity it provided to work with colleagues from other disciplines who share his interests. One example of this is his involvement with SciPo, a meeting of Science and Poetry led by St Hilda’s Emeritus Fellow, Dr Sarah Watkinson and Lecturer, Dr Elsa Hammond, and supported by the College Research Committee. Being close to the Jacqueline du Pré Music Building with its community of DPhil composers also opened up exciting opportunities for research collaborations.  Dr Browning is involved in organising some of the events that are planned for EXPO: Nature, a two-day festival taking place at the JdP on 22-24 May, which will investigate issues in ecology and climate studies as reflected in contemporary music and sound art. EXPO is a series of contemporary art and music performance evenings, co-curated by St Hilda’s DPhil composers Nicholas Moroz and Jonathan Packham, based at the JdP and supported by St Hilda’s Research Committee. The aim of EXPO is to provide multidisciplinary contemporary performance events that bring together University members from different faculties and degree levels. The organisers have created a platform that supports graduate research and stimulates interdisciplinary thinking in research and creative practices, whilst offering accessible free public events.

Dr Browning joined us from the University of Melbourne, where he was a Postdoctoral Fellow of the Australian Research Council Centre of Excellence for the History of Emotions. His three-year research fellowship was funded by the British Academy, the UK’s national body for the humanities and social sciences. Dr Browning aims to build on the research that began at St Hilda’s in his future career and hopes to publish his work in book form, provisionally entitled Vital Sounds? Mediating Nature in British Contemporary Music. We look forward to reading the book and wish Dr Browning every success at City, University of London. 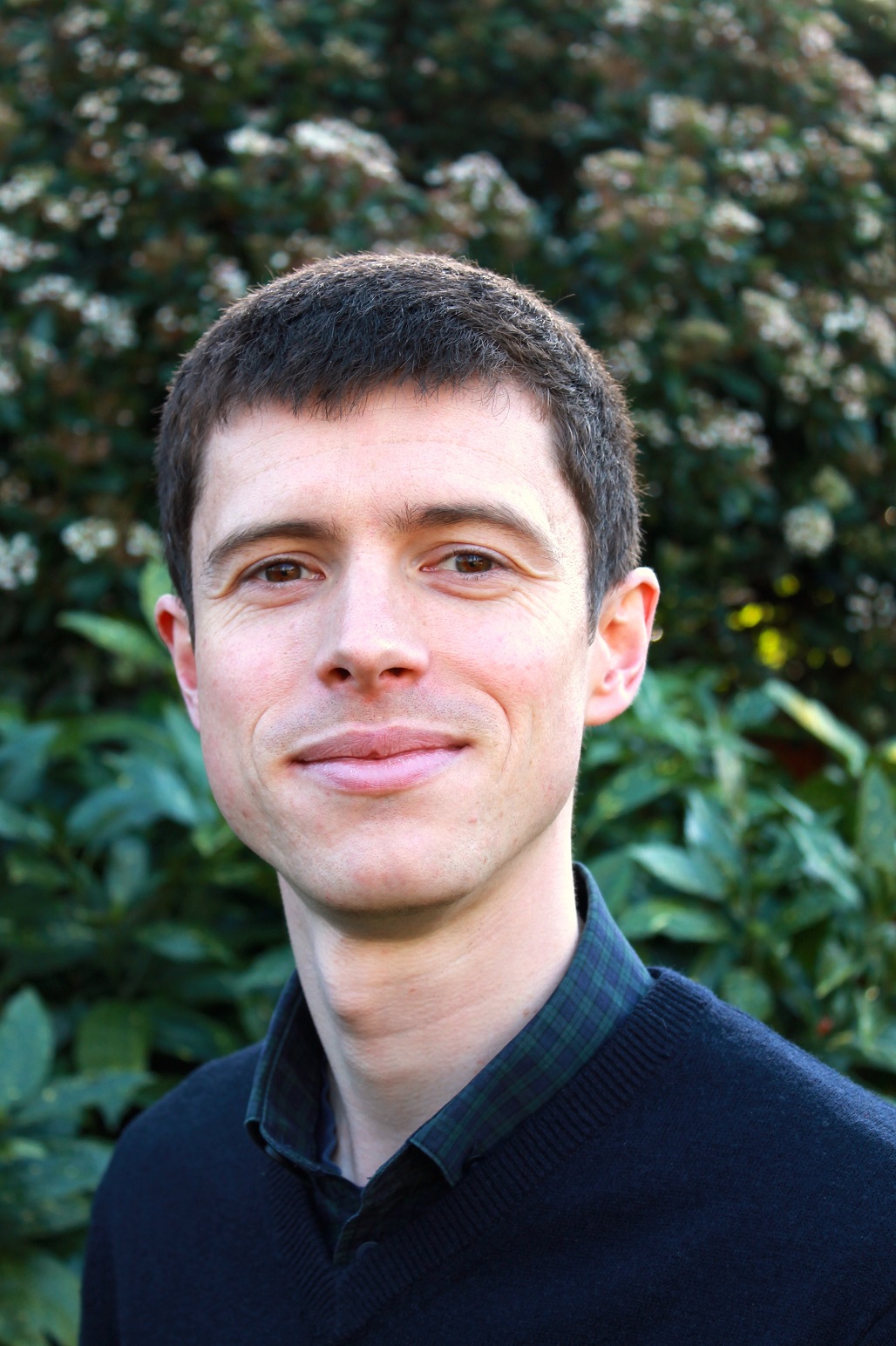 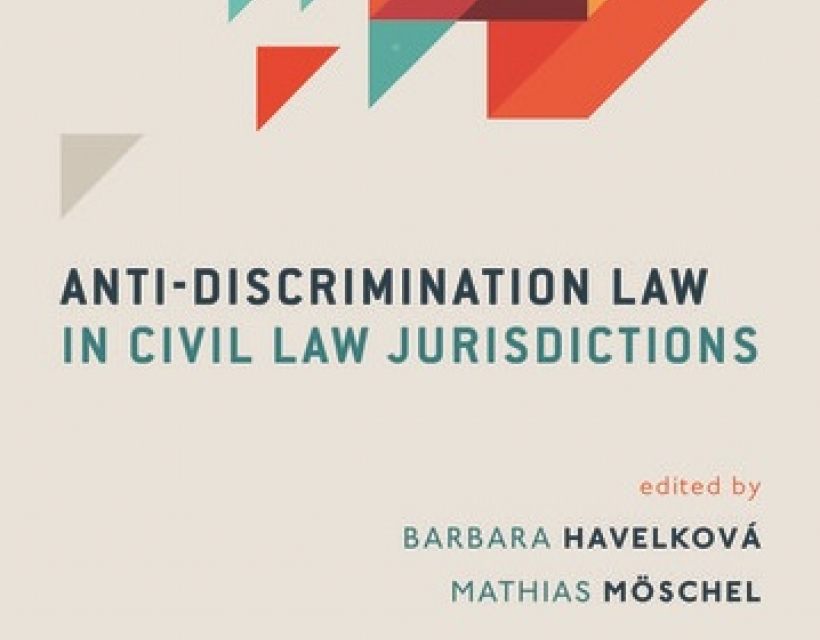 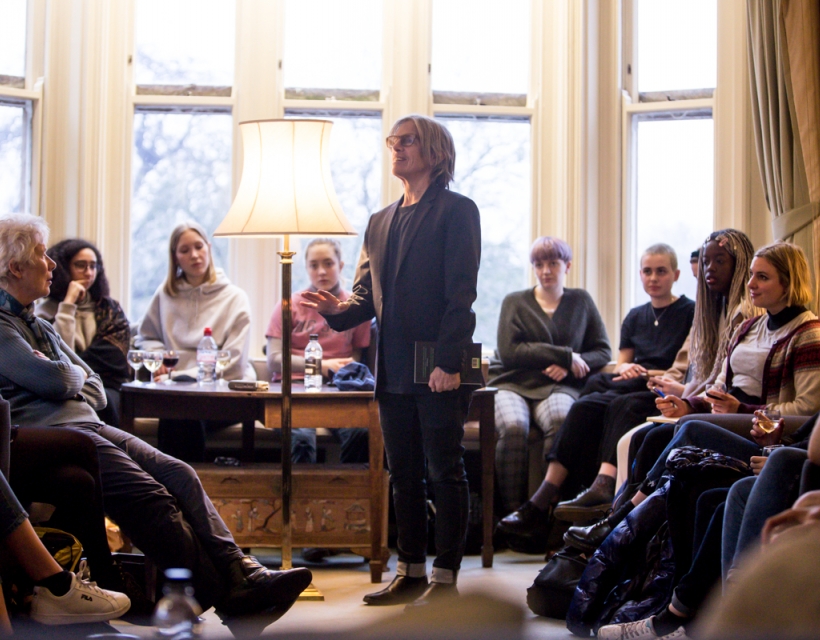 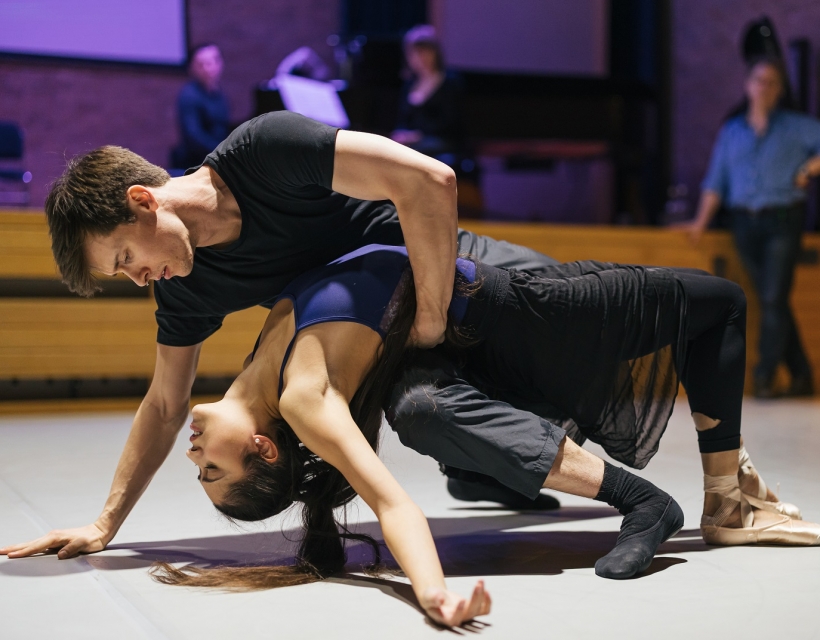 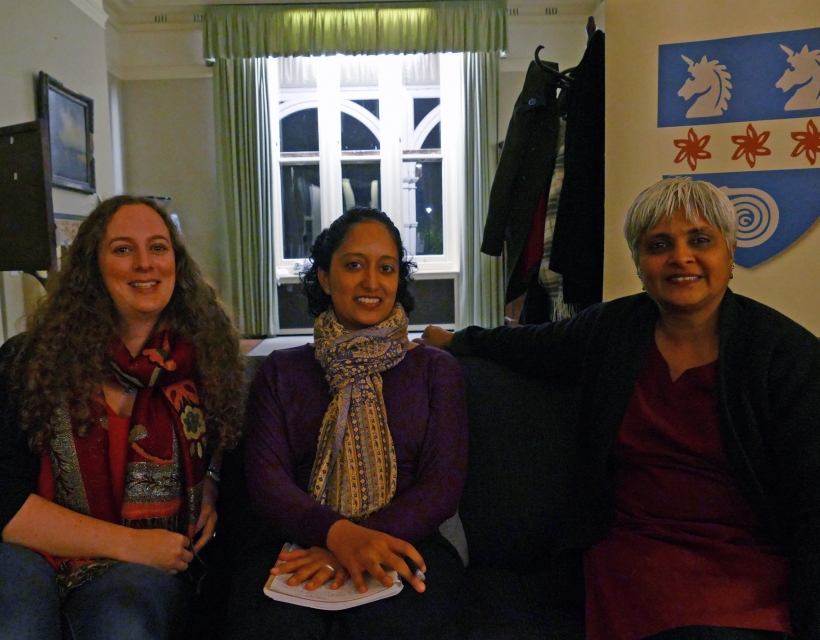 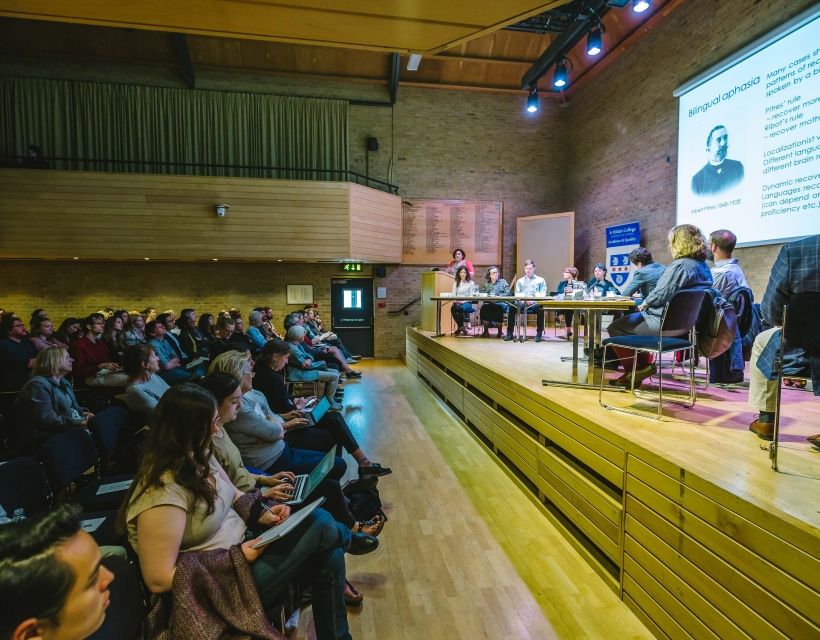 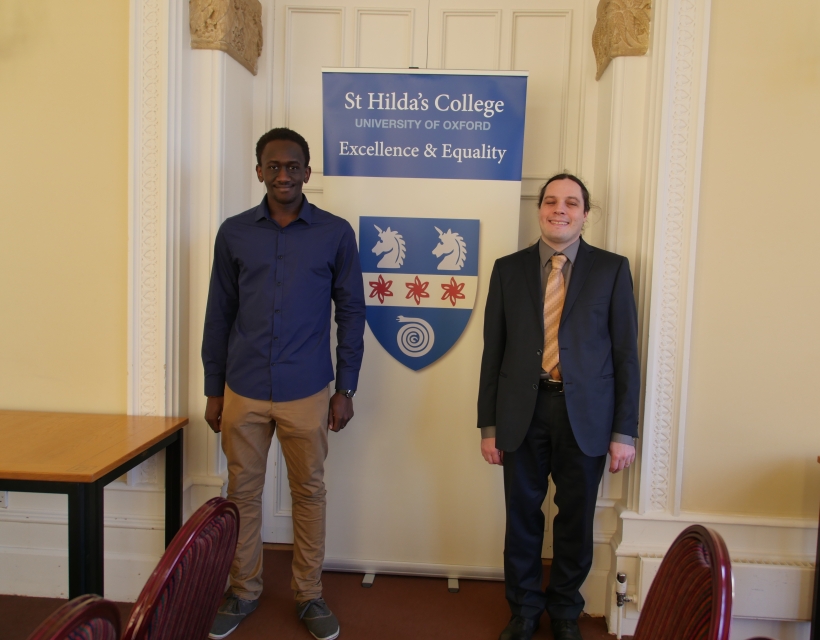 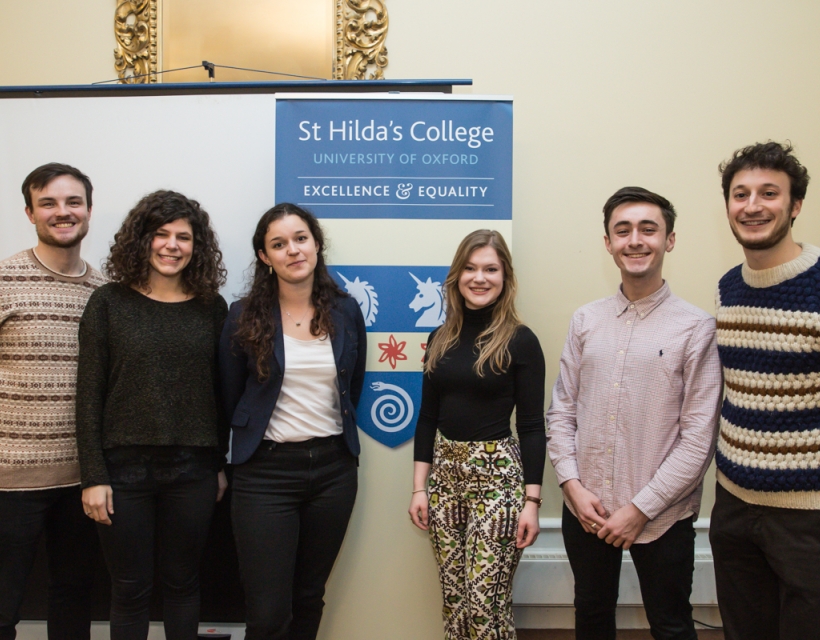 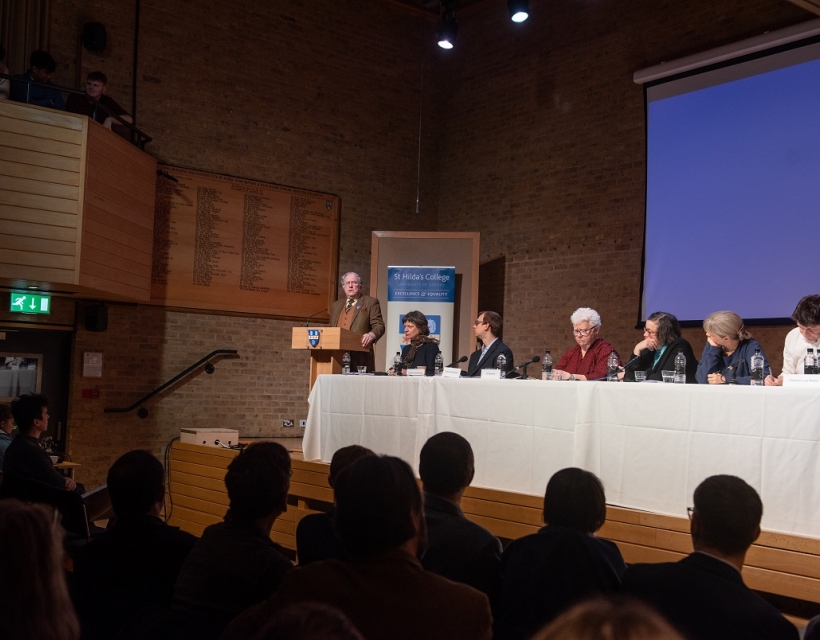