Founded by Professor Susan Jones, Dance Scholarship Oxford (DANSOX) provides a major forum for dance scholarship in Europe, promoting dialogue between prominent academic disciplines and the worlds of dance theory and practice. The DANSOX series of events explore the ways in which the role of choreographic practice makes an essential contribution to innovations across academic fields, theatre and performance. The Patrons of DANSOX are Dame Monica Mason and Sheila Forbes, CBE, former Principal of St Hilda's College. Find out more about DANSOX's aims and achievements from Professor Susan Jones.

DANSOX Lecture: 'Hellerau: the History of a Dream'

Professor Richard Beacham’s account of the rediscovery and re-generation of Hellerau as the European Centre for the Arts was both romantic and inspiring. Founded by Karl Schmidt and Wolf Dohrn in 1909 as a garden suburb of Dresden, Hellerau was an ideological attempt to create a community that would live and work in social equality and harmony in an idyllic setting.  Hellerau became the home of an Institute and Festspielhaus that drew together the ideas and practice of the progressive innovators Emile Jaques-Dalcroze and Adolphe Appia, and has been cited as the birthplace of modern theatre.  Experimental work at Hellerau embodied theories in which architecture was subservient to rhythm, light created space, and the human body became the medium of transmission between dramatist and audience.  These works of living art influenced dance, theatre, music and design in ways that are visible not only on stage but also in our urban surroundings today.

The Institute closed in 1914, and Appia and Dalcroze never returned; the theatrical experiment at Hellerau had lasted for only three years.  The building was later taken over by the Nazi ‘SS’, and subsequently by the Soviet military.  Space was central to the ideas that inspired the creative practice at Hellerau, yet that physical space was effectively lost to the outside world for decades.  The story of its rediscovery after the fall of the Berlin Wall, owes much to detective work by Beacham who travelled to Dresden in the summer of 1990 with so little information that he had to follow a letter written by George Bernard Shaw before the First World War to find out which trolley bus to take; incredibly, more than seventy years later, the bus was still running.

This almost forgotten but important corner of our collective artistic and cultural inheritance was brought to life again in the 1990s, thanks to lobbying that led to its designation as a Saxony heritage site.  It was an enormous achievement, and the culmination of a search for the almost mythical Utopian settlement that embodied the ideas of visionary thinkers.  What is even more remarkable is the way in which, although Hellerau the place was nearly lost, its work had lived on, in areas ranging from education (reflected in the work of A.S. Neill, founder of Summerhill), through art and architecture (as seen in the Werkstatten and Bauhaus movements), to theatre and dance.  Mary Wigman, Marie Rambert, Rudolf Laban and Kurt Jooss all spent time at Hellerau, and it is hard to imagine what dance would be like today if Hellerau had not existed.

(Maggie Watson holds MAs from Oxford and London, an MA in Ballet Studies with Distinction from Roehampton, Dip.Lib. MCLIP AFHEA, and is currently Academic Services Librarian at the Bodleian Law Library and a member of Wadham College, Oxford. She also regularly reviews dance for Oxford Dance Writers).

We were delighted to host DANSOX's Inaugural Summer School, which was led by Alastair Macaulay, former Chief Dance Critic of the New York Times.

The Summer School ended with a drinks reception and book launch for ‘Marius Petipa’ by Nadine Meisner (OUP 2019).

This enjoyable and instructive event was a great success. We thank all our speakers and dancers, Ben Warbis and Ellie Ferguson, of Yorke Dance Project, and Gabrielle Orr and Courtney Reading.

Dance Scholarship Oxford (DANSOX) was proud to present a one-day conference on the life and work of the great twentieth-century choreographer Sir Kenneth MacMillan (1929-1992) on 16 March 2019 at St Hilda’s College. MacMillan is among the great innovators of his time in theatre, film, art, and music. The conference discussed his work and the challenges of preserving records. It explored his little-known early work, his literary and musical choices, design, and choreographic method.

The day began when former Principal and Director of the Royal Ballet, Dame Monica Mason, gave the opening address on ‘Working with Kenneth MacMillan’.

The first session was on Reconstruction. The audience heard from choreographer, Anna Trévien, on ‘Kenneth MacMillan: the importance of Benesh Notation’. Next, Diana Curry spoke on ‘From Page to Stage - Reconstructing MacMillan works from film and notation’.

The next session focused on Design. The artist and widow of Sir Kenneth, Lady Deborah MacMillan, led the discussion on ‘Kenneth MacMillan: Designers and Design’. Music expert, Natalie Wheen, then gave the Conference’s Guest Lecture on 'Kenneth MacMillan and Music' .

After lunch, the conference continued with a session on History and Contemporary Contexts. The audience enjoyed talks on ‘British Ballet’s History Man: New Historicism and Staging Old Regime France in MacMillan’s Manon’ by Helena Hammond; ‘Mayerling (1978), The Habsburg Empire, and Kenneth MacMillan’s Historical Imagination’ by Laura Quinton; and , ‘Tiananmen Square Massacre and The Judas Tree’ by Cristina da Lucas. Susie Crow and Stephen Wicks then discussed 'Dancing for MacMillan'.

Later sessions focused on Friends and Contemporaries. Julia Bührle spoke on ‘John Cranko, Kenneth MacMillan and the renewal of the story ballet’. Jane Pritchard then gave a talk on ‘Peter Darrell, Kenneth Aadams and Kenneth MacMillan’.

The day finished with Playground, a presentation on Revival, Reconstruction, and Performance with Yorke Dance Project, Yolande Yorke, Susie Crow, and Dancers.

At the drinks reception that followed, audience members and dancers, artists, and filmmakers who had worked with Sir Kenneth continued their conversations about an informative and very enjoyable conference.

DANSOX and the 'Liveness, Hybridity & Noise' joined forces for a multi-disciplinary presentation of new works that stretch the synthetic possibilities of music and dance. Over a four-day residency at St Hilda’s College, three composers from Oxford, and several leading contemporary dancer-choreographers (Piedad Alebarracin Seiquer, Malgorzata Dzierzon, Estela Merlos, Patricia Okenwa and Liam Riddick), and one of Holland’s leading contemporary music groups, Ensemble Klang, worked together on the project. ‘Open’ rehearsals took place 3–5 July, followed by a fully-staged performance on 6 July. Find out more about the event from composer and our alumna, Anna Appleby, who returned to St Hilda's to take part in it.

Alastair Macaulay treated the audience to a scintillating lecture on the legendary Astaire's life and work, with illustration and film footage.

Renowned Irish actress, Lisa Dwan discussed her recent work and repertoire – especially Not I and other stunning dramatisations of Samuel Beckett. She explored how her dance training enabled her to refine the all-encompassing performance technique and control required to engender the challenging physical requirements of Beckett's plays.

Audience members watched the process of creating a new ballet in an interdisciplinary workshop with world-renowned artists, writer, Marina Warner, choreographer Kim Brandstrup, pianist and composer, Joanna MacGregor, and professional dancers. Rawaa comes from Arabic, the root for words meaning 'to water' and 'to relate' and this provided the dominant metaphorical motif of the ballet's mood and movement.

Professor Mark Franko (Temple University USA), renowned dance scholar, delivered a guest seminar on his new research into French dance and neo-classicism entitled, 'Serge Lifar and the Interwar Dance Discourses of Neoclassicism (1930-1939): An examination of how neoclassicism was theorized in French ballet during the 1930s'.

Dr Julia Burhle gave a stimulating illustrated overview of John Cranko (1927-1973) - his life and work, focussing on his great innovations in narrative choreography and expression of interiority in ballet forms. Cranko was a South African born ballet dancer and choreographer with the Royal Ballet and the Stuttgart Ballet. His most famous "literary" ballets include Romeo and Juliet (1962), with music by Prokofiev; Onegin (1965), an adaptation of the verse novel by Alexander Pushkin, with music by Tchaikovsky; The Taming of the Shrew (1969). A lively and polemical discussion followed the lecture, covering the question about what constitutes "narrative" form in dance.

DANSOX was honoured to present a guest lecture on "Bronislava Nijinska" by Professor Lynn Garafola (Barnard College, Columbia University). Lynn Garafola is a distinguished scholar, teacher, researcher, and writer with interests in the field of dance history.

Exploring the Rhythm: the relationship between music and dance in the practice of choreography, 19 - 23 July 2016, Jacqueline du Pré Music Building

Artist in Residence at St Hilda’s College, Kim Brandstrup (international choreographer) and Oliver Coates (cellist/composer) were joined by renowned pianist Joanna MacGregor to direct a workshop with professional dancers, Simone Damberg Würtz (Rambert Dance), Liam Francis (Rambert Dance), Tobias Praetorius (Royal Danish Ballet). The workshop was open to public viewing as the artists explored the source of movement dynamics and musical/spatial form in choreographic composition. Filmographers Ardeshir Ab and Dominika Besinska joined us and the workshop formed the basis of a film Brandstrup is developing about the theory of choreography, to be shown at a later DANSOX event. Audience members included Oxford music and composition students, dance scholars, academics and many other interested viewers. Two evening showings were followed by intense discussion and interaction between the artists and the audience.

See also a report on the workshop by Maggie Watson

An evening of talks on the contexts of choreographer Mark Morris’s iconic 20th-century dance piece based on Handel’s interpretation of Milton. Margaret Kean (St Hilda’s) discussed the poetry, Jonathan Williams (St Hilda’s) spoke about the score and libretto, and Guest Lecturer, Stephanie Jordan (Roehampton) gave a detailed, illustrated demonstration of the structure and development of Morris’s choreography, with questions to all speakers generating a lively discussion.

Sam Ladkin (University of Sheffield) discussed the work of Frank O’Hara, Edwin Denby and the concept of ‘New York School Grace’ followed by a lively discussion. Participants explored the 19th-century critique of ‘grace’ that impacted on 20th-century American poetry.

Distinguished guest lecturer, Alastair Macaulay (Chief Dance Critic, New York Times) discussed the life and work of Britain’s great 20th-century choreographer in a sparkling, illustrated talk. There was particular emphasis on Ashton’s contemporary exploitation of classical traditions, as well as the narrative, comedic and modernist abstraction of his diverse styles.

DANSOX hosted choreographer and dance scholar Susie Crow, choreographer and director Yolande Yorke-Edgell, and dancers of the Yorke Dance Company for a showing of the reconstruction of Sea of Troubles. This consisted of a rehearsal/demonstration on the process of reviving Kenneth MacMillan's 1988 dance work based on Hamlet.

In 2015, we saw the inauguration of an ongoing seminar series. The series focuses on the exploration of the concept of grace in all its meanings and interdisciplinary contexts, especially as it relates to dance. Events included:

Renate Braeuninger (Northampton University) discussed the work of Slovenian philosopher Slavoj Žižek, particularly in Less than Nothing (2012), in relation to contemporary dance and grace. We gain a mediated perspective on German Idealism by looking at it through the lens of Žižek, but one that also reflects contemporary understanding of the term ‘grace’, as in the example of Anna Teresa de Keersmaker’s work. The talk was illustrated by footage of De Keersmaker and a stimulating question session followed.

From the Neo-Classical Turn to the Baroque 'Re'-turn: French Dance in Retrospective Modernity and Recycling Postmodernity

Mark Franko (Temple University, Philadelphia) explored the complex French traditions and relationships between classicism and dance, from the baroque to the neo-classicism of Serge Lifar. A stimulating question session followed. 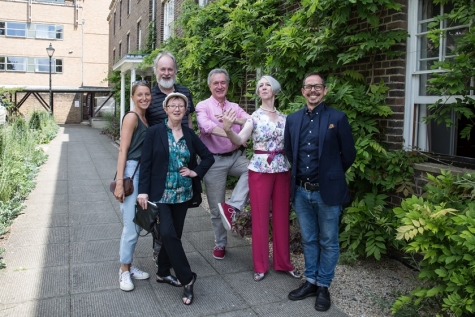 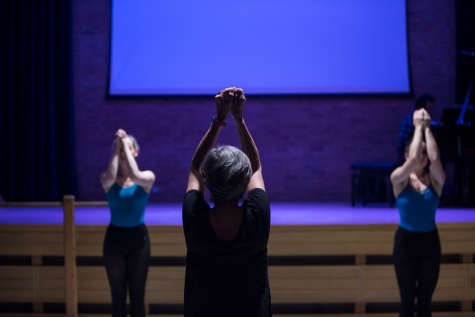 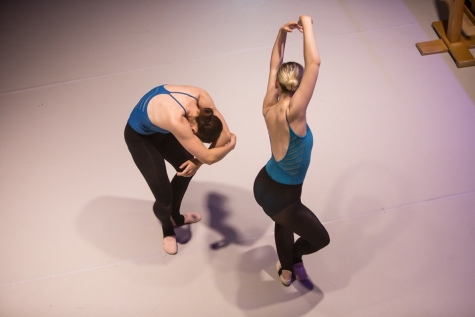 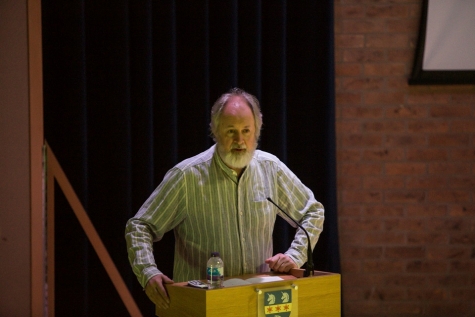 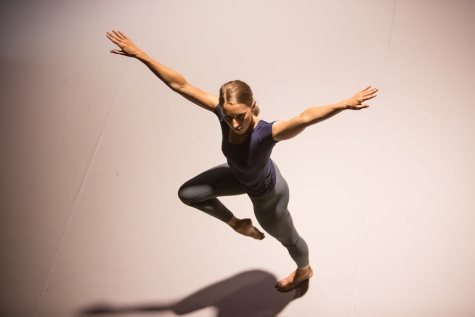 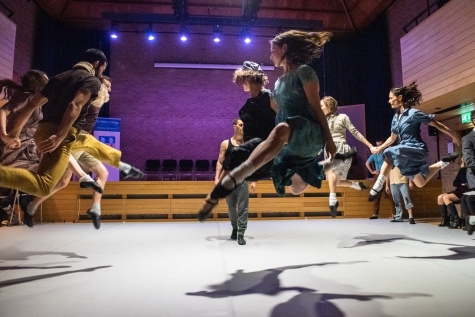 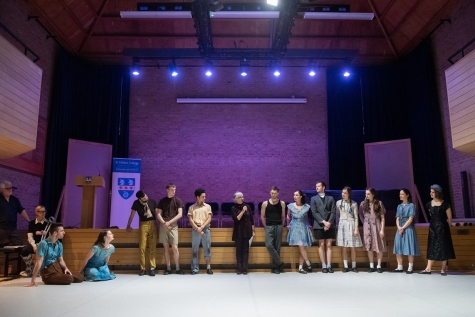 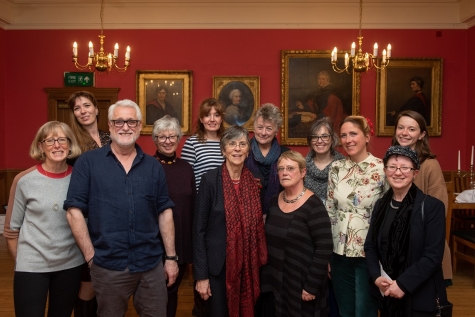 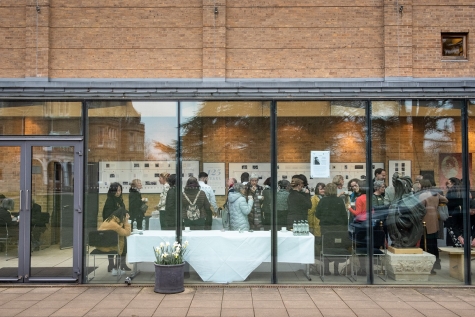 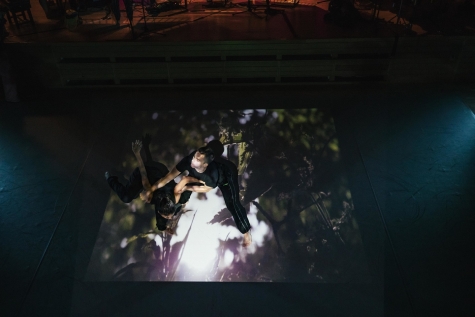 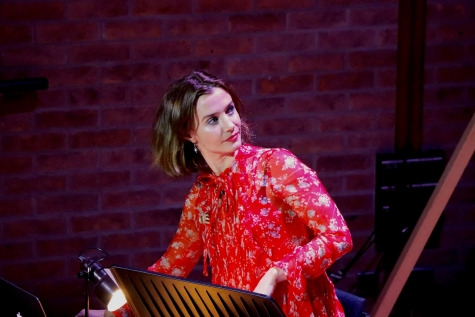 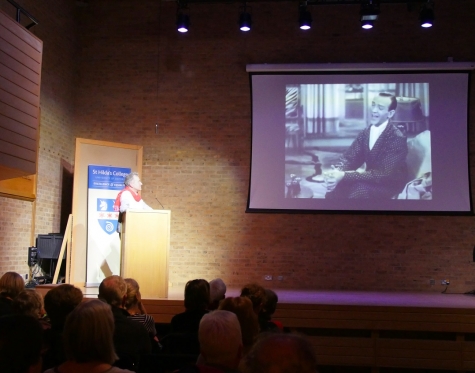 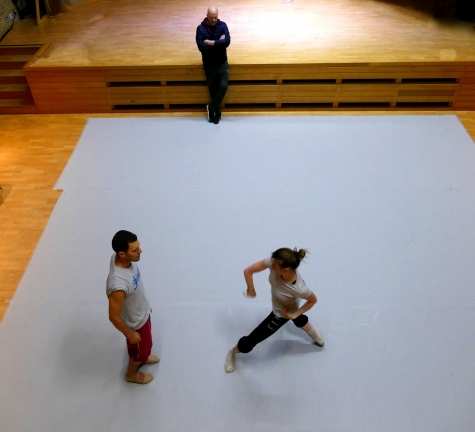