Applicants can choose between English Language and Literature and joint schools in: History & English; and English & Modern Languages

Why study English at St Hilda's?

… the humanities are always in the greatest danger at a time of financial stringency, although this is just the time when their influence is most needed… we are going to need all the faith and courage and nerve we have to defend the value of the study of literature.       Dame Helen Gardner In Defence of the Imagination (Oxford, 1982)

St Hilda’s has a long-established commitment to the study of English Language and Literature. We value inclusivity and foster a spirit of intellectual challenge, veracity and solidarity. We provide a level playing field for all our students and promote mutual respect and equality as the appropriate base from which to share and enhance debate. Our undergraduate students are encouraged to read widely, and supported as they further their personal areas of interest and develop their own critical voices. A number of subject-led initiatives help us to realise these objectives – from our online pre-arrival study skills course LevELL-UP through to lively informal social events in term time (such as the ghoulish Halloween Readings), our annual P.D. James Event (subject dinner and speaker), and the Finalists’ Dissertation Day at which final year students share their research findings and enthusiasms with the wider subject community in college.

Our students are often elected to roles on the College JCR Committee, and also have the opportunity to represent their peers on Faculty committees. In recent years, students of English have acted as the College Arts Officer, have been involved in the organisation of College Welfare, and have run other mainstays of undergraduate life at St Hilda’s such as the Feminist Festival, the College Ball and the College Bar. They have also assisted college staff at events on the highly successful annual ‘St Hilda’s Writers’ Day’ at the Oxford Literary Festival. Our students enjoy student journalism, drama and music, both at a college level and in the wider University. Such extracurricular activities can be extremely rewarding, though of course they require good time-management!

Core compulsory papers for the undergraduate B.A. in English Language and Literature are taught in College; thereafter, your choice of option papers and research topics may see you working with Faculty specialists based elsewhere within the collegiate university. There are a number of College subject prizes awarded for examination results, distinguished tutorial work or progress. The College also invites applications for travel grants, and these can greatly assist students in English with archival research for final year dissertations and graduate work. Specific to our subject group is the Rosalind Jane Bairstow Bursary, an annual award that assists one current undergraduate in the English (or a related Joint) School who wishes to embark on a one-year course of further academic study in the year after graduation, wherever in the world their ambitions may best be realised.

The core tutorial teaching team at St Hilda’s consists of:

- Dr Margaret Kean - Margaret Kean writes on Milton's poetry and the epic tradition. She is currently working on the fiction of the contemporary author, Philip Pullman.

Professor Daniel Wakelin, the English Faculty’s Jeremy Griffiths Professor of Medieval English Palaeography, is a Fellow of St Hilda’s, and is greatly supportive of our students and our graduate research culture.

To learn more about our college researchers and tutors, click here.

The English school at St Hilda’s is proud to name amongst its alumnae: the first woman to hold the post of Merton Professor of English Literature (Helen Gardner), the first woman to hold the post of Goldsmiths’ Professor of English Literature (Hermione Lee), the first woman appointed as Regius Professor of English at Cambridge University and the first woman to become Head of House at a formerly all-male Oxford college (Marilyn Butler). We salute these achievements, and encourage our current students to be similarly intellectually courageous. Our English Literature graduates go on to follow diverse career paths. Many continue to further academic study; others work in law, the creative arts, education, publishing, journalism, and business. It is very important to know that the love of your subject will not only stay with you for life but will also provide you with a strong skill-set for professional achievement. With that in mind, here are a few voices of encouragement:

I think my time at Oxford helped me tremendously for my career in law – the ability to digest large amounts of written text, the analysis of language and the exercise of independent thought have all been key skills in my career. Victoria (Law: Commercial Litigation Partner)

An English degree may not be an unusual precursor to a career in publishing but it gave me far more than a helpful grounding in major works of literature. It honed my ability to analyse texts and curate information - skills that are essential in commissioning and editing new titles - and helped me understand just how closely a culture's sense of identity is mirrored in, and shaped by, its literature. My role as the founder of a children's publishing house focusing on authors of colour came out of a desire to create a more inclusive society, and it is immensely exciting to think that anyone involved in the study or creation of literature has a part to play in contributing to this vision. Alice (publishing: CEO, Lantana Publishing)

Thinking and responding on your feet is essential in a tutorial, and that is one of the skills that led me to a career at Microsoft, and now LinkedIn, in South East Asia. I read English at Hilda’s, followed by an Mst in Creative Writing, so when I was in the recruitment process to move to Singapore, my then-manager told me I was his artistic wild card hire. The rest of his team had studied economics or project management; the skills he wanted me to bring were creativity, communication and storytelling. Success in the tech industry is not just the technology. There are so many products that businesses can buy to stop up their gaps that the story you tell behind yours is key to making people purchase, use and ultimately renew whatever it is you’re selling. The importance of narrative is the most valuable lesson I took from Oxford; to be confident not only in your wares but yourself, and this skill, honed in hungover, bleary tutorials, is what has eventually led me to living and working in Singapore and to move from one Fortune 500 company to another within its very competitive landscape. Laura (business: LinkedIn)

Studying English at St Hilda's was challenging in the best of ways and I greatly appreciated the opportunities it gave me to encounter and explore a breadth of authors and topics. My fascination with finding links and following trails was part of what brought me to my career in academic librarianship. Tutorials and small classes helped give me the confidence to raise and hone my ideas. You work closely with your tutors and really get to know your fellow English students within college and learn how you all respond differently and fit together in discussions to bring out the best in one another. Enjoying that sense of collegiality, of feeling part of something bigger that acknowledged and supported your individuality, is one of the things that drew me to my current role as Librarian in a college library, where I can contribute to that supportive environment for our own students. Sonya (information technology: Cambridge)

Doing an English degree has helped no end with the career I’ve ended up falling into. Of course there’s the obvious stuff: being able to read and write lots (skim reading particularly — one of the most useful skills ever developed, I think), but then there are the other less-obvious skills you nurture when doing an arts BA…Time management (particularly when you are into extra-curricular stuff) — crucial for survival. Being able to juggle two or three essays and reading lists at once has proved invaluable when writing on multiple shows simultaneously. Getting rid of perfectionism. That it's ok to turn an essay in when it’s fine rather than brilliant is a vital thing to learn and embrace, and helped me no end when hitting script deadlines. It is never perfect, and it only gets better when you share it with people. Showing things you’ve written to other people before they’re ready is one of the hardest things, but one of the most useful. A healthy ability to blag. Having the confidence to say “ooh, that’s an interesting question” when you don’t know what the hot hell someone is talking about but getting away with it saved me in many a tutorial, and many a script meeting. You will never always be completely prepared for everything, and that’s ok. Charlie (creative arts: writer & producer, End of the ****ing World (Clerkenwell Film/All 4)

St Hilda’s welcomes graduate students across all fields of English studies. The Jeremy Griffiths Memorial Studentship (for study on either the M.St. in English or the M.Phil. in Medieval English) is associated with the College. The College awards the Marilyn Butler Graduate Prize annually for the highest dissertation mark achieved by a graduate student at St Hilda's College studying on a one-year taught Masters programme for a M.St. in English (post-1550 strands). Find further information on Graduate Scholarships and Awards.

The English School at St Hilda’s is extremely proud of the distinguished scholarship produced by its alumnae. Particular strengths are identifiable in Shakespeare studies; medieval studies; feminist thought; and modernism. Our alums have always been influential in challenging prescribed approaches and set boundaries within our discipline, and beyond. They have being critiquing the canon for nearly a century now, and have championed the development of fresh areas of research: such as women’s writing, children’s literature, life writing, and, most recently, studies in the history of the book, and literature & dance.

A small selection of titles that showcases the range of English literary scholarship undertaken by our alumnae: 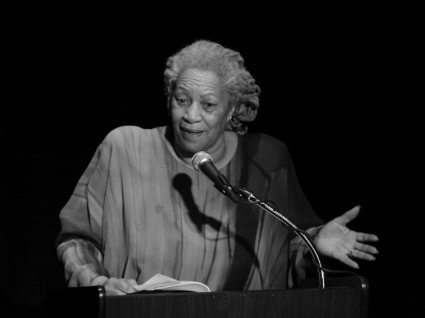