Dame Elizabeth Neville joined the Metropolitan Police as a Constable in 1973, under the graduate entry scheme. She subsequently obtained a PhD in Occupational Psychology. She spent over 30 years in the police service, serving in Thames Valley, Sussex and Northamptonshire. She was Chief Constable of Wiltshire Constabulary from 1997 to 2004. She was awarded the Queen's Police Medal in the 1996 New Year's Honours, and appointed a Dame Commander of the Order of the British Empire in 2003.

She is a non-executive director of the Serious Fraud Office, a member of the Police Authority for the Civil Nuclear Constabulary, the Independent Adjudicator for Companies House and the Independent Complaints Assessor for the Agencies in the Department for Transport. She is also a school governor and a trustee for two charities.

It was 1970 when I found myself, aged 17, at St Hilda's. Being at Oxford and St Hilda's was a wonderful experience for me. I was aware that being at Oxford was very different from being anywhere else. As I had lived out of the UK for most of the time from the age of seven, I found being at an Oxford college very special and very British.

I was greatly struck by the tutorial system which I found a powerful way of learning. Jean Austin was my philosophy tutor and had a deep impact. I was privileged to meet so many really clever, well educated and cultured people. I was formed and improved by being at St Hilda's where I made lifelong friends.

When I graduated in 1973, I took up an unconventional career, joining the Metropolitan Police as a constable. There were few graduates in the police in those days and not many women. Up until that year, women had worked in separate women's departments dealing with children and prostitutes and such like. For the first time, women were doing the same work as men for the same pay.  Being there at the start of integration of women into mainstream policing gave me good opportunities. I made good progress through the ranks, had two children at a time when there was no such thing as career breaks or part time, becoming the second woman ever to achieve the rank of chief constable in 1997. 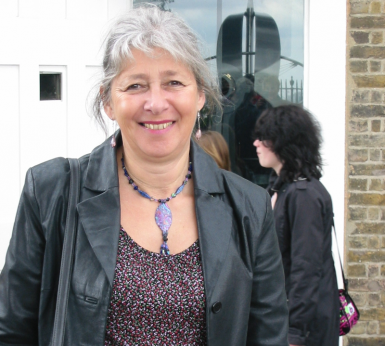