Sport can be played at every level, from casual involvement to College or University teams.

In recent years, St Hilda's has been successful in a variety of sports, including rowing, netball, rugby and football. See pictures from recent events in our Photo Gallery.

St Hilda’s won mixed touch rugby Cuppers for the first time in 2018. Our Men's Hockey also reached the Cuppers final, but lost out to Worcester College.

We are proud of the St Hilda's students who achieved Blues in 2018/19: 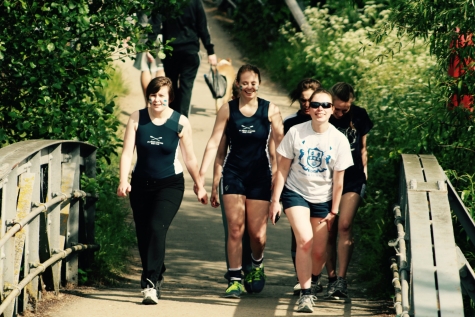 After such huge success and a very exciting term, we cannot wait to get back on the water ready for Summer Eights!