Professor Anne Edwards joined the Department of Education in 2005 having held Chairs at the Universities of Leeds and Birmingham. She was Director of the Education Department for three years (January 2010 to December 2012) and when not in that post, she was its Director of Research.

Anne is a Fellow of the Academy of Social Sciences, a Fellow of the Learned Society of Wales and is a former President of the British Educational Research Association. She is a Fellow of St Hilda’s College Oxford and was a Visiting Professor at the University of Oslo from 2007 to 2016.  She has been awarded Doctorates honoris causa by the Universities of Helsinki and Oslo. She was a member of the ESRC’s Research Grants Board between 2003 and 2007 and a member of the Education sub-panel in the 2008 UK Research Assessment Exercise. She is co-founder with Geoff Hayward of OSAT (the Oxford Centre for Sociocultural and Activity Theory Research), is a founding editor of Learning Culture and Social Interaction and remains a member of its editorial board. She sits on several research advisory boards internationally, undertakes research evaluations for research councils worldwide and continues to be involved in institutional reviews.

Anne’s research draws on cultural historical approaches to learning. She focuses on professional learning and in particular the relational turn in expertise and the concepts of relational expertise, common knowledge and relational agency. These ideas are discussed in her 2010 book with Springer. In her later edited book Working relationally in and across practices (Cambridge, 2017) researchers, who work with her ideas have tested, stretched and refined these concepts in a range of different settings. Her research on practice, professional expertise and inter-professional work with vulnerable children and families also informs her interest in user engagement with research and its implications for the design of educational research. User engagement was discussed in her 2011 book with Mark Rickinson and Judy Sebba and in a recent study of knowledge exchange in the social sciences based in Oxford.

Her current research has two focuses, both informed by her cultural-historical theoretical roots. She is a team member in a University of Oslo NRC-funded study of how teachers of shy and withdrawn children work successfully with them. She is also studying how working relationally across practices can ease the transitions into work of young people with autistic spectrum disorders. The latter study was discussed in her one of her contributions to her 2019 book on transitions co-edited with Mariane Hedegaard. She also continues to work and write on teacher education and learning in families and schools and has recently been a co-editor of a 2019 collection of chapters on cultural-historical approaches to learning and of a Special Issue of Learning Culture and Social Interaction celebrating the work of Hedegaard. 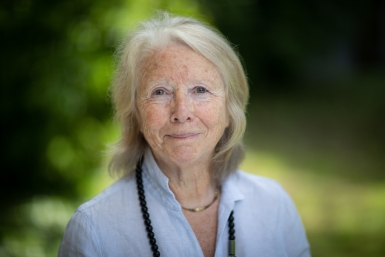