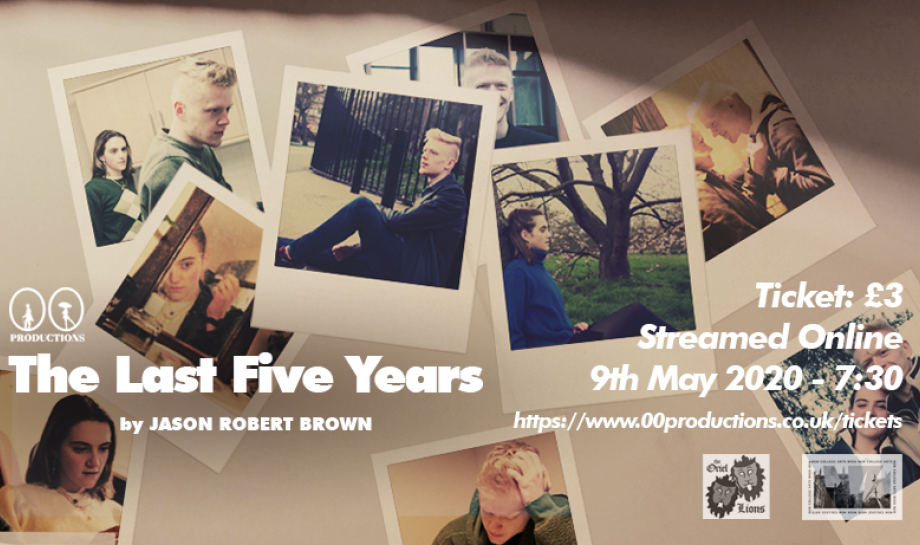 The University of Oxford student film and TV production company, 00Productions, were determined not to cancel their Trinity Term production of Jason Robert Brown’s musical, The Last Five Years, following the current lockdown that has incapacitated many theatres.

The team rearranged the rights for performance and considered the best ways in which to produce an online version of the musical with a cast of two. Our first-year History student, Maggie Moriarty, describes what happened next:

Over the past month, we have been able to rehearse, record, film and edit together something that could emulate the live production we would have done. We have done this working from our homes and student accommodation across the United Kingdom. It might not be what we had first envisaged, but we feel that we have created something new, unexpected and different. With varying levels of access to equipment and resources, and other expected - and some unexpected - obstacles, we have managed to put together a really beautiful, slick and unique version of this show, including the addition of a five-piece band.

As one of the actors in this production (playing Cathy), I jumped at the chance to attempt this when I was asked at the end of March. I did so without much thought, without fully anticipating all that I would learn or have to learn through committing to this challenge. Despite the ways I’ve had to adapt to these arrangements, it has been one of the most valuable learning experiences I have had. I have had to learn to think on my feet and to make do with the resources I had in my South London home in order to transform it into a set suited to various parts of the United States.

The performance is due to stream on one night-and one night only- due to performance rights. This will be on the 9th of May at 7.30pm. You can buy your tickets for The Last Five Years  on 00Productions website. Here you will also find a trailer, Q&As with the cast and crew, and more information about the process.

Maggie has also been involved with a virtual production of Richard II, which she has put together with a group of fellow University students. Maggie, who plays a party-going, glamorous Queen Richard, describes the performance, which has been put together across four countries and filmed over a three-week period, as follows:

Scattered across England, with a hereditary power stretching back generations, five cousins rule England by phone. With civil unrest and a war in Ireland, they are trying to talk some sense into the Queen. But surrounded by flatterers and with a taste for excess, Richard is giving every indication of being about to run the country into the ground. The Duke of Gloucester was murdered a few weeks ago; the Duchess of Lancaster is on her deathbed; the Duchess of York is trying to please everyone: fate is about to force the Duchess of Hereford to take matters into her own hands.
Richard, Bolingbroke, Langley, Gaunt. Young, digitised and with the fate of a nation on their shoulders. This isn’t how we’d choose to tell their story. But it isn’t the story they would choose to have told.
Not The Way Forward Productions present a very pragmatic reimagining of a story about what to do when you aren’t given any options. Four cousins; three armies; one crown to split between them. The question is: who are you backing?

Congratulations to Maggie and everyone involved in showing such creativity and initiative. We are looking forward to both productions! 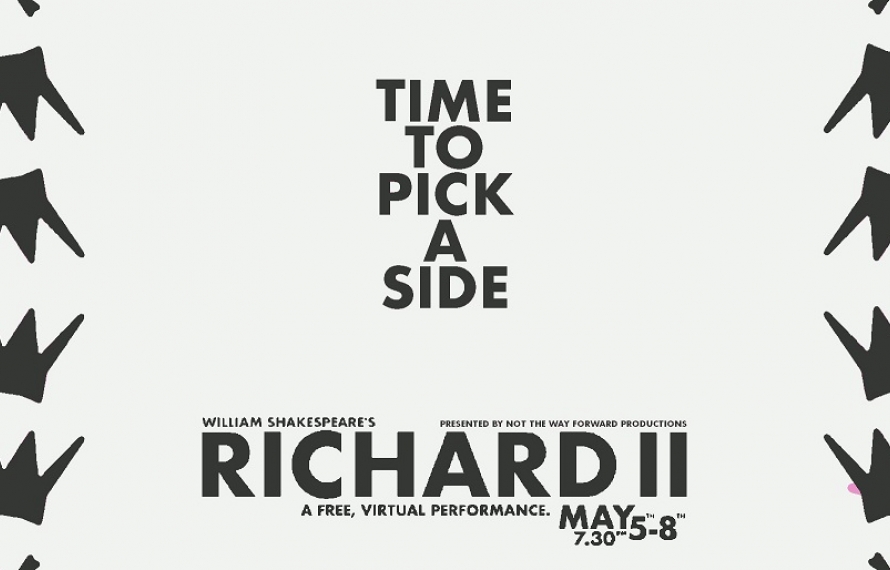 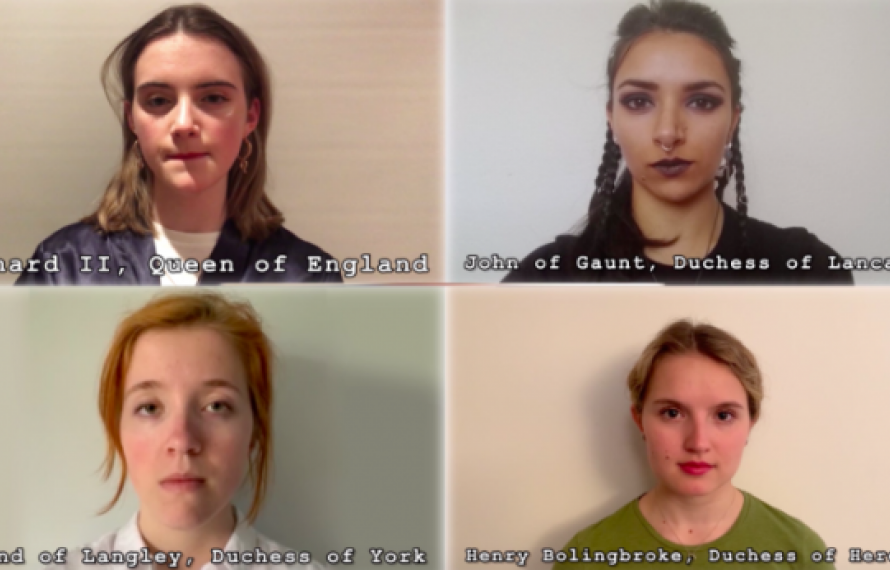