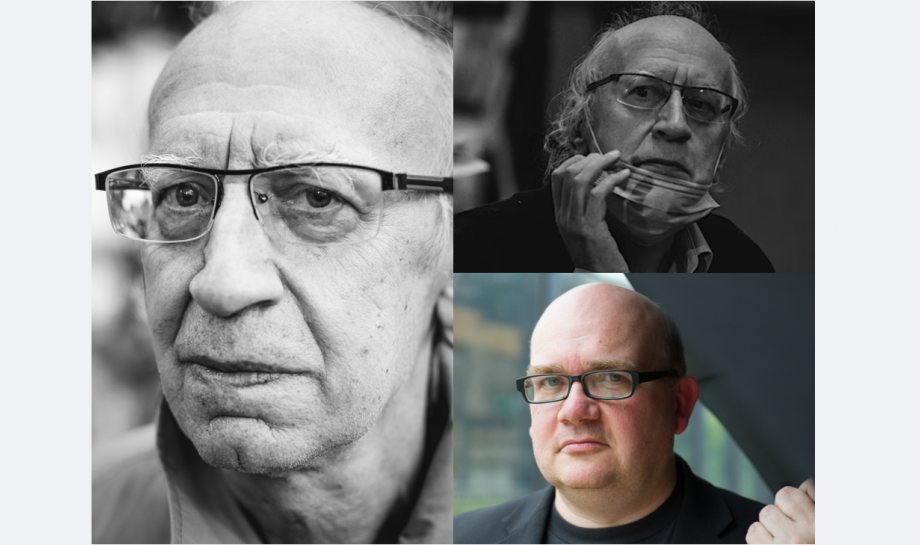 There will be a unique opportunity to attend a talk given by one of the world’s greatest living composers, Valentin Sylvestrov, in conversation with Professor Martyn Harry (John Bennett lecturer in music, St Hilda’s). The event will take place at the JdP at 2pm on Saturday 1st October, as the culmination of the unique Ukrainian Culture Weeks 2022 festival taking place in Oxford on consecutive evenings starting on September 28. The event will be preceded by a concert of Sylvestrov’s voice and piano music starting at midday. Tickets for both the concert and discussion can be purchased here.

Valentin Sylvestrov, is one of the most original and revered composers of the post-Shostakovich generation of Soviet composers that include Arvo Pärt, Alfred Schnittke, Sofia Gubaidulina and Gija Kancheli. Based in Kyiv for most of his compositional career up until the recent Russian invasion of Ukraine in February, Sylvestrov was noted for his daringly modernist works in 1960s. Performances of his music in the Soviet Union were then banned for nearly eleven years after he walked out of a Union of Soviet Composers’ meeting in 1968, in protest of the Soviet Union’s invasion of Czechoslovakia that year. Working in complete isolation in Kyiv in the mid-70s led to a complete transformation of his music, typified by his remarkable song cycle, Silent Songs (1977), which were composed for private performance.

Sylvestrov’s subsequent return to musical life with works such as the Fifth Symphony, Postludium for piano and orchestra, Widmung and Metamusic established him as one of the world’s leading composers of contemporary music. Starting in the late 1990s, Sylvestrov’s works have been released exclusively by the new music label, ECM, with several of them winning Grammy awards. The composer’s most recent music has drawn on Ukrainian nationalist elements in response to street protests taking place in Kyiv in 2013-4. The festival therefore presents a remarkable opportunity to re-evaluate the composer’s heartrendingly beautiful, politically-orientated work in the light of the recent war.

The moderator of the talk, Professor Martyn Harry, has had a long association with Valentin Sylvestrov’s work. As Executive Producer, New Music for Sony Classical in the early nineties, Martyn was responsible for the first Western CD recordings of Sylvestrov’s Fifth Symphony and Postludium for piano and orchestra. Martyn also wrote a significant article on Sylvestrov’s work for ‘Gramophone’ magazine ten years later. As well as being St Hilda’s music lecturer and the artistic director of the JdP, he is professor of composition at the Faculty of Music in Oxford and connected to St Anne’s College.

This week’s festival is a multi-disciplinary celebration of Ukrainian culture featuring art, photography, fashion, as well as leading classical composers and performers. Significant concerts include a rare appearance in the UK of the outstanding Kyiv Chamber Choir on September 28 in St Michael’s Church, and a concert at the Sheldonian Theatre given by the Orchestra of St John’s on the occasion of Sylvestrov’s 85th birthday. Supported both by the Ukrainian embassy and the British Council, the festival has been organised to show gratitude to the UK. The festival’s press release states that “Great Britain was among the first countries in the world to express its stance clearly and uncompromisingly in an unprovoked cruel war unleashed by Russia against Ukraine. It has been providing great invaluable support to Ukraine since day one of the war. The festival is our gratitude to British People and our cultural gift to the Ukrainian Culture Weeks”. Proceeds from event tickets will help support humanitarian initiatives in Ukraine.