Umeko Tsuda, after being hired as tutor to the children of soon-to-be prime minister of Japan Itō Hirobumi, grew dissatisfied with the finishing school-like education she was receiving at the Peeresses’ School and believed that she had a ‘unique destiny’ to improve education for Japanese women. In order to realise her goal, she travelled to Bryn Mawr College in the United States, followed by St Hilda’s College. Despite being offered a scholarship to remain at Bryn Mawr, she returned to Japan to tutor within the royal family and improve women’s educational opportunities.

Upon returning to Japan, Umeko began raising awareness of the need for women’s education through public speeches and was able to raise $8,000 to provide scholarships to Japanese women. She also taught at both the Peeresses’ School and Tokyo Women’s Normal School, but when she realised that women continued to lack educational opportunities within these institutes she established the Joshi Eigaku Juku (The Women's Institute for English Studies) in 1900. The Women’s Institute was designed to have women meet the same rigorous standards as male students at Tokyo University, with a particular focus on liberal arts and contemporary topics. 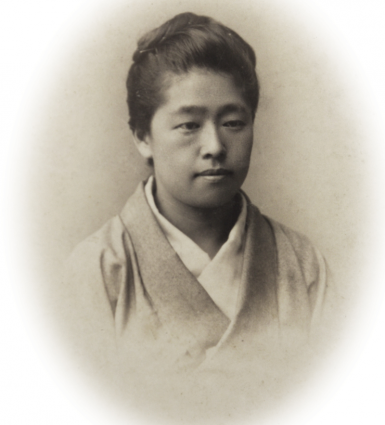