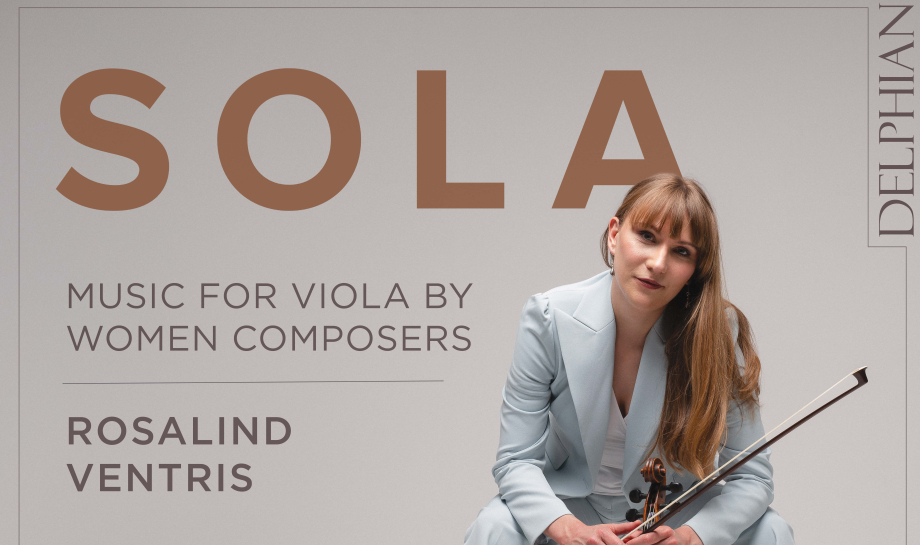 Rosalind Ventris (Senior Research Fellow) is releasing her debut solo album, ‘Sola’, on Friday 27 January. It features a selection of music for unaccompanied viola composed between 1930 and the present day, including a number of works that Rosalind performed at the JdP in Michaelmas Term.

With several of the composers themselves professional string players, this is, in Rosalind's words, ‘wonderful music – that just happens to be by women composers’.

To coincide with the album’s release date, Rosalind will be performing live on BBC Radio 3. A pre-recorded podcast with Gramophone Magazine will also be available on the same day.

Copies of ‘Sola’ are available to pre-order here.