Sir Gordon studied Medicine at Oxford University (St Peter’s College, Open Scholarship) and St Thomas's Hospital, London University, where he also gained a PhD in thermoregulation and fever. Following postgraduate medical training including at the Hammersmith Hospital, London, he held research posts at Yale Medical School (Infectious Diseases and Pathology Depts) and the Howard Hughes Institute of Molecular Immunology at Yale. He joined Edinburgh Medical School in 1984, heading the Molecular Immunology Group. In 1990, he became the inaugural Florey Professor of Molecular Medicine at the University of Sheffield, where he was also Faculty Research Dean, Member of University Council, and Director of the Division of Genomic Medicine.

Sir Gordon was co-founding editor of the international research journal 'CYTOKINE', advisory editor to the Human Genome Organisation (HUGO) Journal, and is Past-President of the International Cytokine Society. He was a Croonian Lecturer of the Royal College of Physicians of London (cytokine storm in a clinical trial). He has lectured extensively at international universities, professional bodies and government agencies, including NIH (USA), FDA (USA), Institut Pasteur (France), National Regulator (Singapore), Paul Ehrlich Institute (Germany), and Karolinska Institute (Sweden). He was Knighted for services to Public Health in 2007, and listed in the ‘Top 100’ working scientists in the UK Science Council’s list for 2014. In 2016 he was awarded the Sir James Black Award for Drug Discovery from the British Pharmacological Society for the ‘Original Identification of TNF as a Therapeutic Target in Human Arthritis’. He has received honorary doctorates from the Universities of Edinburgh and Sheffield. Advisory / Committees / Leadership: He has served on many SABs in the UK, EU and the US. Previously Chair of the UK Government’s ‘Committee on Safety of Medicines’ (and its Biologicals and Vaccines Sub-committee), he was inaugural Chair of the UK's ‘Commission on Human Medicines’ (2005-2012), before becoming Chair of the MHRA (UK regulator of all medicines and medical devices). He was Chair of the Secretary-of-State's ‘Expert Scientific Group on Phase One Clinical Trials’ following the 2006 ‘first in human’ clinical trial disaster (TGN1412). From 2002 to 2009 he was Chair of the UK's ‘National Biological Standards Board’, overseeing the National Institute for Biological Standards and Control (NIBSC, WHO Centre), including setting up the National Stem Cell Bank. He is an advisor on Biological Medicines to the EU, and was Chair of the UK's ‘Scientific Pandemic Influenza Advisory Committee’. In 2009, he was Co-Chair of the UK Govt's ‘Scientific Advisory Group for Emergencies’ (SAGE) to tackle the H1N1 swine flu pandemic. In 2010 he investigated the UK's Organ Donor Register for the Secretary-of-State, highlighting and correcting coding errors. From 2015-2019 he was Board Chair of the UK’s Biotechnology and Biological Sciences Research Council (BBSRC). He chaired the Academic Health Science Centre of Imperial College London (2012-16), and the MRC/NIHR National Phenome Centre at Imperial College.

Sir Gordon is currently Principal of St Hilda’s College, Oxford, Board member of the Medical Sciences Division of University of Oxford, Honorary Fellow of St Peter's College, Oxford, and Chair of the Academic Health Science Centre of Trinity College Dublin. He is also a Board member of the UK’s Foundation for Science and Technology, and the Advisory Board of UPenn’s ‘Institute for Translational Medicine and Therapeutics’ (ITMAT). He is a co-founder of Sitokine Ltd, Chair of the International Scientific Advisory Board of Silence Therapeutics, and Chair of the Steering Group of the Climax Centre for Therapeutic Innovation at St Hilda’s College, Oxford. 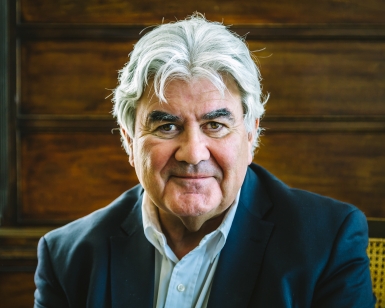