Professor Martyn Harry is The John Bennett Lecturer in Music at St Hilda's College and is a contemporary classical composer specialising in instrumental music, opera and music theatre.

Professor Harry was Executive Producer, New Music, at Sony Classical in the mid-nineties before coming to prominence as a composer with his compositions 'Fantasy Unbuttoned', 'Regenstimmen', 'The Spell' and 'Restraint for Handcuffed Pianist'. He has also composed a series of substantial operas intended for children audiences and their families, including 'My Mother Told Me Not To Stare' which toured the UK in 2010 and 2012, and 'Vehicles' which was premiered in March 2020 and is about to be recorded for distribution to primary schools. Recent examples of Martyn's work include 'Exercise Book', an album of music for runners to listen to while running, as well as 'At His Majesty's Pleasure', an evening-long work for renaissance brass instruments composed for His Majesty's Sagbutts & Cornetts, both of which have been released on Sforzando Records. His work as an orchestrator include the score for Christopher Nolan's 'Insomnia' and new versions of music by Mahler and Strauss for ensemble that have just been released by the Alban Berg Ensemble Wien on Deutsche Grammophon. 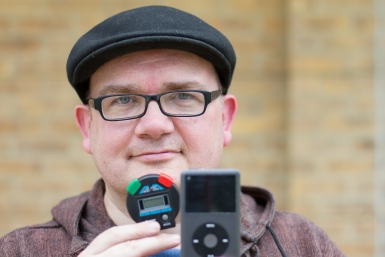