Professor Alison Noble read Engineering Science at Oxford (St Hugh’s College, 1983-86, First Class Honours) and stayed on to complete a DPhil in Engineering Science (Computer Vision) graduating in 1989. She then moved to the USA to work at the GE Corporate R&D Center in Niskayuna, NY as a Research Scientist. Professor Noble returned to Oxford in 1995 to set up a biomedical image analysis group and subsequently held academic posts at St Hugh’s and Oriel College (University Lecturer) and Wolfson (ULNTF). She became a titular Professor in 2002 and took up the Technikos Professorship (Chair) in Biomedical Engineering associated with St Hilda’s in 2011. Professor Noble was elected to a Fellowship of the Royal Society on 5 May 2017.

Professor Noble is internationally recognized for her research on biomedical image analysis, particularly related to medical ultrasound. At Oxford, she has played a leading role in setting up educational postgraduate research training (CDT) programmes at Oxford (initially the LSI DTC and she was founding Director of the Centre for Doctoral Training in Healthcare Innovation) and has served on a number of national early career researcher awards committees. She has also personally supervised 40 PhD students to successful completion. She is the current Director of the Institute of Biomedical Engineering, where her research group (BioMedIA) is located.  She sits on the University Research Committee, and a number of university/cross-divisional research-related committees. Outside of Oxford she is a member of a number of Research Council UK and Royal Academy of Engineering committees and is a Trustee of the Oxford Trust. She is also Chief Technology Officer of Intelligent Ultrasound Ltd, a spin-out company from her research laboratory.

In 2015, Professor Noble was awarded the inaugural Laura Bassi award for Outstanding Female Researcher of the International Federation for Medical and Biological Engineering. In 2016, IBME received the Queen's Anniversary Prize for the University's pioneering work in biomedical engineering. Awarded every two years, the Queen's Anniversary Prizes recognise universities and colleges which have demonstrated excellence, innovation, impact and societal benefit.

In 2017 Professor Noble was elected as a Fellow of the Royal Society. 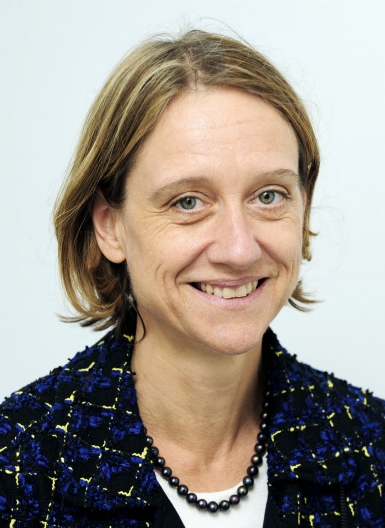