Life in Lockdown: A Volunteer's View from the Frontline

Biochemistry student, J.P. Ay, describes the challenges and rewards of volunteering in a London hospital during lockdown.

I have been volunteering in hospital wards for around five weeks. My current volunteer work is in hospital wards in St Mary's Hospital, Paddington, in association with St John's Ambulance (SJA). Due to the COVID-19 outbreak, SJA started a partnership with the National Health Service that allowed their volunteers to help NHS staff 'on the front line'. Volunteers provide extra free support to any wards that are struggling due to staff shortages from illness and self-quarantine, and in dealing with the additional pressures of increased patient numbers.

In April, before I started volunteering on the wards themselves I had to undergo two COVID-19 training courses. The first was organised by SJA and the second by the Imperial College Healthcare trust. They covered numerous topics. The main ones were the new protocols that are in place due to the virus; how to deal with and help patient's families going through bereavement; several basic healthcare techniques: rolling over patients, manual handling, and wearing Protective Personal Equipment (PPE); along with thanks for our decision to help NHS staff.

Each ward I have volunteered in specialises in a different area. Examples include one ward that became a 'red' ward (with COVID-19 patients); another was for patients with specific injuries to the neck and spine.

For the 'red' wards in particular, following the PPE procedures is vital. This includes wearing a face mask, gloves (sometimes two pairs), plastic apron and googles/visor when in the room with the patient; removing these items carefully into clinical waste bins; and washing your hands several times in the process of putting them on (don) and off (doff) to prevent any spread between you, the patients, and other members of staff. I observed certain staff members undergo specialised mask fittings. To prevent contamination staff are encouraged to arrive and leave in their own clothes and to change upon arrival into scrubs.

I have only helped out on a fully 'red' ward once. As I arrived I was informed immediately by one of the senior nurses that the ward contained COVID-19 patients and that I should undertake the necessary precautions. Having a family at home, this was something I followed rigorously. Due to having to don the full PPE before helping a patient who has pushed their call bell, there is a slight delay before being able to actually help with the patient, who sometimes is only calling to help reach for an item or to have a hot drink. Many of the COVID patients were elderly, and it is a strange experience for them to only be able to talk to family members through a phone rather than being able to see them when they visit the hospital. Thankfully I personally haven't yet had to call any families to inform them of bad news. Family members are only allowed to visit a patient if they are nearing the end of their life, and even then only two visitors are allowed.

My role in the wards has often been to help nurses carry out some of their daily activities, such as taking observations of the patients. These are recorded every four hours for most patients and include a measurement of the patient’s respiratory rate, pulse rate, 02 saturation, blood pressure (BP) and oral temperature. Occasionally, especially for diabetics, a blood glucose measurement (formerly known as BM) is taken, which involves pricking one of the patient's fingers and using a sensor strip to measure the concentration of glucose and ketone bodies in their blood at a given time. Some nurses have shown me how to insert a cannula. They have also explained the specific hospital uses of several medicines given to patients, such as morphine sulphate, and how regularly they need to be administered.

Through being on the wards, I have seen several different injuries and all sorts of patients; the handover briefing at the beginning of each shift has never been the same! Over the space of two days alone in one ward there was a police officer who crashed his car chasing a suspect, a man who fell down the stairs at home, and a young offender who was being treated for a gunshot wound. Other injuries I have observed include a hit and run victim, sepsis, and a failed suicide attempt.

It has been very interesting to talk to various members of staff in different roles, including but not limited to, kitchen staff, healthcare assistants (HCAs), physicians, nurses, sisters, doctors, matrons and fellow students, many of whom risk exposure every day they come into work. I have heard various opinions on the weekly clapping. Many appreciate the gesture but acknowledge that in reality it shouldn't be used as an alternative to increasing NHS funding for hospitals and staff members, especially as the clapping has become more and more politicised. Many have stated that they have worked long hours, but a few have been struggling to obtain extra shifts to make ends meet. Some explained how they had to self-isolate after coming into contact with patients who had yet to be tested for COVID-19 and ended up being positive. Having been mentally and physically drained by volunteering a few days a week, I have a huge admiration for those who deal with all sorts of patients and conditions day in, day out regardless of whether the country is going through a pandemic.

On a positive note, there is great appreciation for all the various organisations that have been delivering free food and supplies to the hospital throughout May. Due to donations from retailers, a ‘welfare shop’ for NHS staff was also open on the ground floor of the hospital throughout May where staff could have up to three free items when on their break. These amazing donations have now ceased as the ‘lockdown’ has become more relaxed and these companies begin to regain their customer numbers. NHS staff are still eligible for great offers on the high street and I had a great opportunity to have a much needed haircut, free on the NHS as part of a ‘Haircut for Heroes’ scheme.

All in all, volunteering in the various wards has been a great learning experience in terms of understanding how a hospital ward functions in its the day-to-day activities by helping those who work there, but also in seeing how the hospital is specifically combating COVID-19 though the creation of red wards and the sudden change to the continuous use of PPE. Whilst patient numbers are currently dwindling as the general public seem to be reluctant to go to A&E during the outbreak, NHS staff are nervously anticipating the sudden return of their hectic day/night cycles of patient arrivals, treatments and discharges or a 'second wave' of the virus. 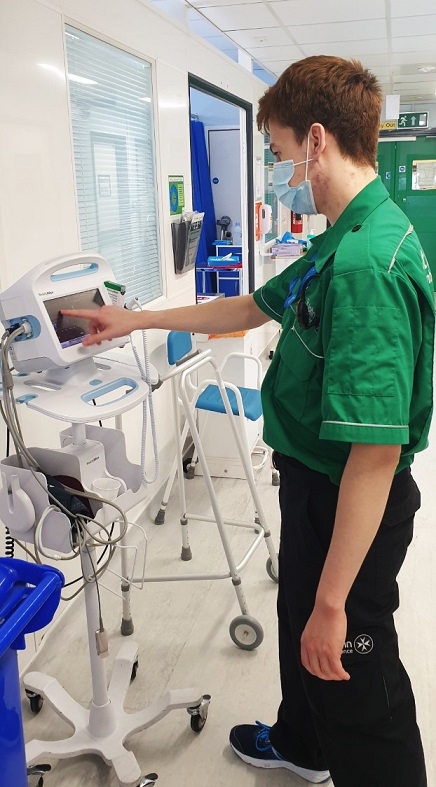 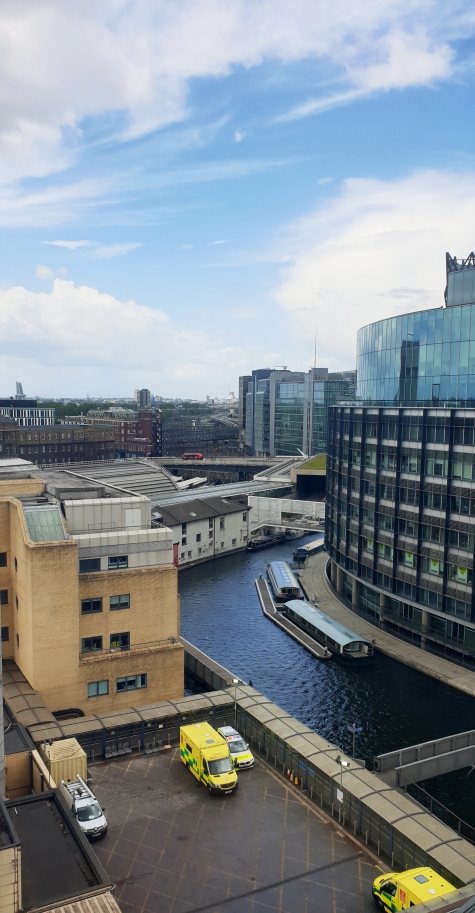 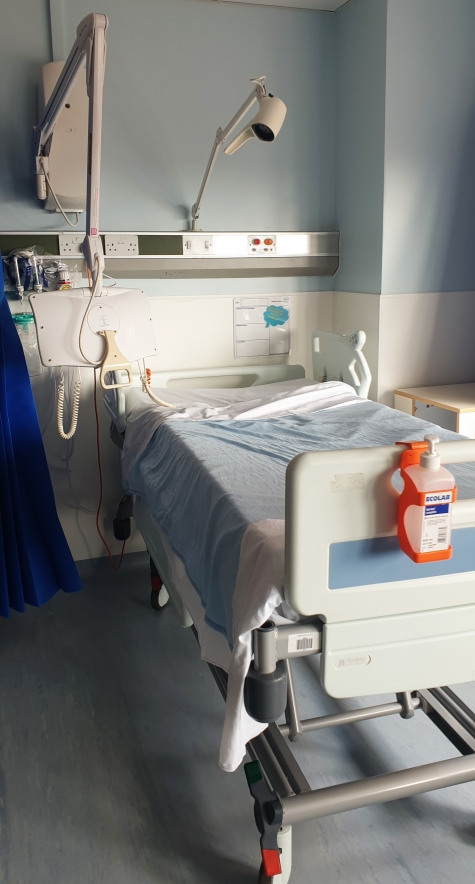