Lettice Curtis was one of the first women pilots to join the British Air Transport Auxiliary (ATA), serving from July 1940 to November 1945. She began her work with ATA by delivering primary training aircraft, but ultimately became the first woman to qualify to fly four-engined heavy bombers, and was also the first woman pilot to deliver an Avro Lancaster bomber. She graduated to fly all categories of wartime aircraft, and her final ATA rank was as First Officer.

After the war, she became a flight test observer and then a senior flight development engineer. She continued to fly aircraft, including helicopters from 1992, until she voluntarily ‘grounded’ herself in 1995. 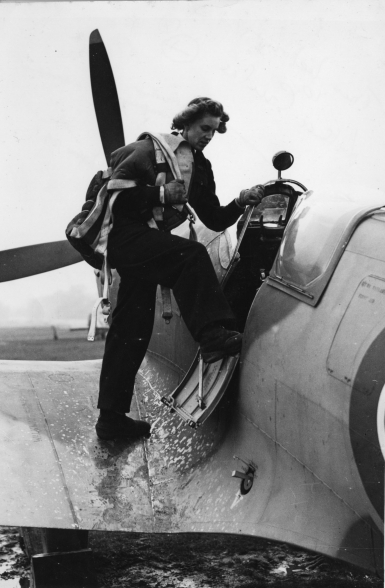