Marcelle Quinton is a distinguished British artist whose work has been exhibited in Europe and America. Her sculptures are mainly in bronze and include the bust of Bertrand Russell which is on his monument in Red Lion Square, London.

Other works for which she is known include the busts of Cardinal Newman in the Brompton Oratory, Harold MacMillan in the Houses of Parliament, and Lord Carrington at the Victoria and Albert Museum. Marcelle is also known for her sculptures of mythical animals and paintings. 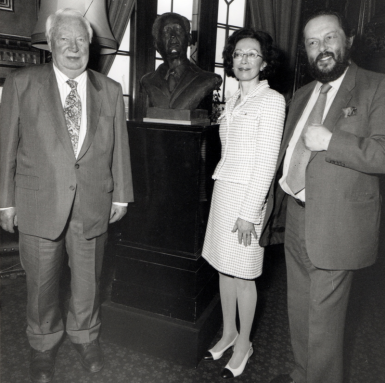