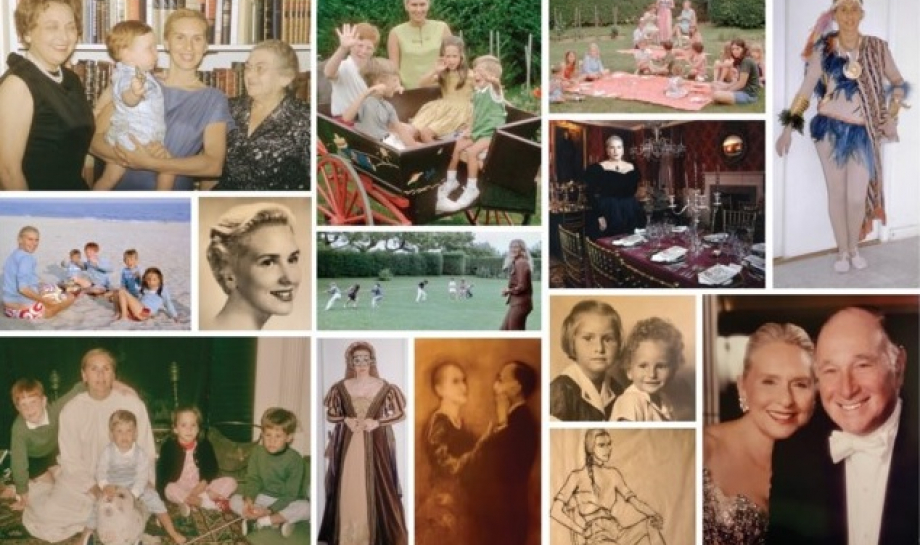 It is with great sadness that we announce the death of Honorary Fellow, Joanna Rose (English, 1952), on 13 November. Joanna Rose was the founding Chair and driving force in establishing the American Friends of St Hilda’s in January 1989. From that time, thanks to her leadership and continuing support along with the efforts of the Board members, the American Friends of St Hilda's has brought hundreds of our American alumnae together over the years and raised considerable sums for the College. Joanna was well-known, loved and respected within the St Hilda’s community and the University; she will be greatly missed.

A private funeral service for Joanna took place in New York on 16 November, and it will be available to view. Her family prepared the following obituary to share some of Joanna’s remarkable life and achievements:

“Joanna Semel Rose, beloved wife, mother, grandmother, sister, aunt, friend, collector, patron of the arts, and philanthropist, passed away peacefully on November 13, 2021, at her home in Manhattan. For many decades the Chairman of the Board of Partisan Review magazine, she became known to a broader public in 2011 through Infinite Variety, an exhibition of red and white early American patchwork quilts from her collection. Notable for her remarkable intellect, wit, charm and interest in others, over half a century her renowned salons brought together an international group of artists, writers, educators and diplomats. Valedictorian at Lawrence High School and Bryn Mawr College, from which she graduated summa cum laude, she pursued graduate work at St Hilda's College at Oxford University and served as assistant to Joseph L. Mankiewicz and as a producer at the Theatre Guild. Elected to membership in the American Academy of Arts and Sciences in 2012, she was an Honorary Fellow of St Hilda's College, Oxford University and an Associate Fellow of Berkeley College, Yale University. She served on the boards of the New York Council for the Humanities, the New York Institute for the Humanities, the Harlem Educational Activities Fund, the advisory board of the CUNY Graduate Center for the Humanities, and the national advisory board of the W. E. B. Du Bois Research Institute. She was a founding board member of Poets & Writers, the National Dance Institute, The Paper Bag Players, the Bay Street Theatre in Sag Harbor, Long Island, and the American Friends of St Hilda's. She commissioned numerous creative projects, including major works of modern Judaica that she donated to the Morgan Library. She was never happier than when she was learning. Joanna S. Rose is survived by a vast extended family including her husband, her four children, and eleven grandchildren.”