Jayne Almond set up equity release firm Stonehaven in 2006 and was Chairman until 2014, when the firm was acquired by MGM Advantage group and became a wholly owned subsidiary.  Jayne then joined the board of MGM Advantage group as a non-executive director. Jayne is also a non-executive director of Aldermore Bank and Chair of the Audit and Scrutiny Committee of Oxford University. She was previously Managing Director of Barclays Home Finance business, Group Marketing Director at Lloyds TSB, and Managing Director of Lloyds TSB’s European Internet banking business. In her earlier career she worked for Shell, and was a senior partner at LEK Consulting, in charge of its financial service practice.

Reflection on my time at St Hilda's

My overwhelming memory of Oxford was having a great time.

I had been to a female boarding school and found the freedom of Oxford terrific.

I became involved in a wide range of activities: I sat on the JCR committee, was a member of OUSU Council, lead numerous campaigns and demonstrations, played cricket and sprinted for the university and found some time to do a bit of academic work (albeit that my memory of this is writing essays in the early hours of the morning just before tutorials!).

All this prepared me very well for moving into business.

My first job was working for Shell. A large group of us joined as graduates and we had a great time – in fact it felt a bit like we were still at college, but this time earning real money! After 6 years, including spells in London and Paris, I then moved to join a tiny start up company called LEK. At the time most people thought I was mad, but I felt it was a risk which I could both afford to take and was worth taking. Although LEK was very hard work, it was tremendously exciting being part of building a highly successful strategy consulting firm. The people were smart and fun and the range of issues we dealt with was incredibly varied. I spent 16 years there and became one of the senior partners and head of its financial services practice worldwide. I also met my husband and father of my beautiful daughter.

I was then approached by one of my clients to join Lloyds TSB, where I launched a new internet banking business and became Group Marketing Director. After a brief spell at Barclays, running their mortgage business, I then set up my own business, and am now Chairman and CEO of a specialist lending company. En route I also picked up a number of non executive positions and became a member of the Competition Commission.

I appreciate how privileged and fortunate I have been to go to Oxford and am enormously grateful for the opportunities which Oxford has opened up. It gave me entry into the world of business which I have enjoyed enormously and the confidence to take some risks in my career choices. You have to work hard, but when you are enjoying yourself it really does not feel like it. 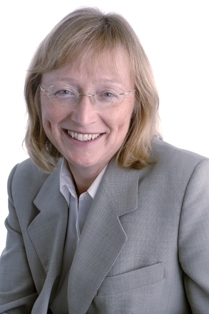