In 2020, the following work was undertaken to improve facilities for College members:

In 2019, the following work was undertaken to improve facilities for College members:

The Jocelyn Morris Quad was formally opened by our Principal, Professor Sir Gordon Duff, in Michaelmas Term 2018. This cluster of student accommodation buildings on the junction of Iffley Road and Stockmore Street in Oxford was developed as part of our plans to improve and increase our facilities for St Hilda's students.

The buildings - Stockmore House, Rosalind Hill House (extension to Stockmore House), Catherine Fulford House (formerly Fulford House) and Sylvia Mann House (formerly 85/87 Iffley Road) were fully refurbished and extended to provide more accommodation. They have a new heating system, new windows, new data, and improved insulation. The buildings all share a central garden that has had a landscape makeover. The completed project provides 67 high-quality study bedrooms, most with ensuite bathrooms. There are a number of kitchens, each serving between 3 and 7 rooms. Rosalind Hill House has 11 rooms, including 3 fully-accessible rooms on the ground floor. We have increased the number of rooms in Catherine Fulford House from 30 to 37, 25 of which are en-suite. Of the 12 rooms in Sylvia Mann House, 6 are en-suite.

Jocelyn Morris (Archaeology, 1941) was a History graduate from Westfield College, University of London. She was accepted for a B.Litt on 'Romano-British pottery from the Oxford Region', for which she was attached to St Hilda's, although her studies were based at the Ashmolean. In 1942, Jocelyn left Oxford to undertake war work. She returned on her retirement in 1978, but had supported St Hilda's since 1968, when she began donating to the College's building appeal. Sylvia Mann (History, 1947) came up from Wimbledon High School to an Oxford full of young people released from the Forces. After her graduation she continued to take considerable interest in the plans and activities of St Hilda's, and until recently, she came almost every year to the Gaudy. Rosalind Hill (History, 1928) was described by our former Principal, Mary Moore, in St Hilda's Report and Chronicle 1996-97, as 'a distinguished scholar and a great teacher, and in her presence I was always conscious of the back-bone, as it were, of moral and intellectual principle that underlay everything she did and said; and yet she was always approachable, warm, kind and humorous.'

Our on-site Stone Family Gym, which was funded by a gift from a generous donor, officially opened on 3 March 2017. The gym opened for use by members of St Hilda's College at the beginning of Trinity Term 2017. Due to COVID-9 restrictions, it will be closed from 5 November until the end of Michaelmas Term. Take a look at how the project evolved here.

At the request of the Junior Common Room Committee, the JCR Bar had a mini-makeover in 2017. It was been repainted and new flooring was put down in the bar servery.

More student rooms were refurbished in Wolfson Building over the Easter break and long vacation in 2017. 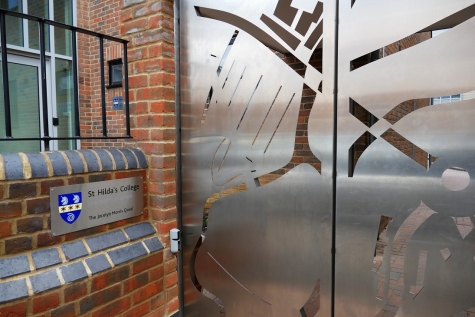 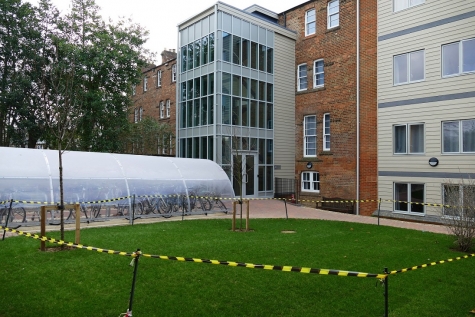 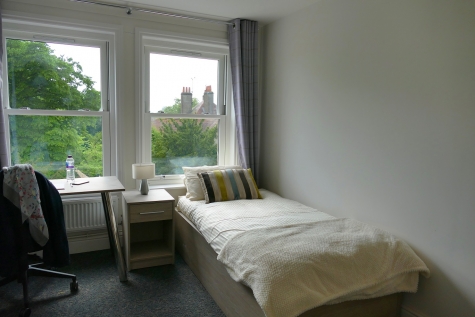 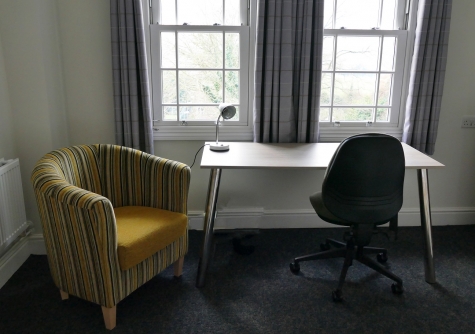 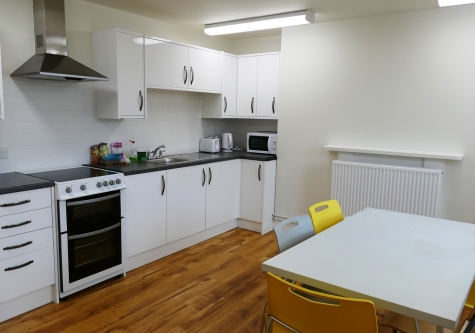 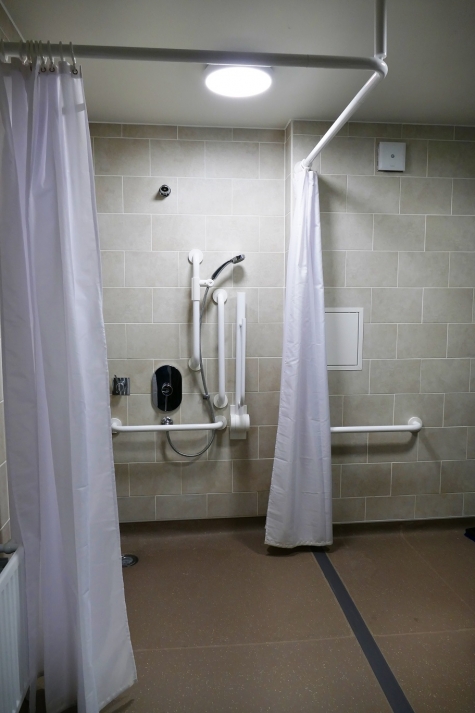