Need help with finding some super curricular reading for Ancient and Modern History, Classical Archaeology and Ancient History, or History? Check out these online resources:

Ashmolean Museum - The Ashmolean is the University of Oxford’s museum of art and archaeology, founded in 1683. Our world famous collections range from Egyptian mummies to contemporary art, telling human stories across cultures and across time.

Archaeology Skills and Techniques - Fane Road Archaeology Group are predominantly enthusiastic amateurs but we work with expert archaeologists. The experts lead our community excavations, and they are available to train us in best practice techniques.

When did Greek statues become white? - Taster lecture in Classical Archaeology by Dr Milena Melfi, lecturer at the University of Oxford.

BBC Radio 4 In Our Time - Explore historical themes, events, and key individuals from Akhenaten to Xenophon.

The British Museum - With over eight million objects, the British Museum is a unique place, bringing together under one roof the cultures of the world, spanning contients and oceans. No other museum is responsible for collections of the same depth and breadth, beauty and significance.

Historical Association - bringing together people who share an interest in, and love for the past and to further the study and teaching and enjoyment of History.

History Chicks - Beckett Graham and Susan Vollenweider's goal is to introduce you to female characters in history, factual or fictional via their podcast

Imperial War Muesum - IWM is a global authority on conflict and its impact on people’s lives.

International health in global governance after the First World War - Patricia Clavin’s research looks at how questions of global health and economic stability interconnect. With host Professor Rana Mitter, Patricia reveals how pandemics after the First World War helped produce new institutions of global governance, and the important role played by student activists, including some from Oxford. Patricia is Professor of International History and has written books on the history of the League of Nations, the Great Depression in the 1930s, and the history of internationalism.

Introduction to Ancient Greek History with Donald Kagan - This is an introductory course in Greek history tracing the development of Greek civilization as manifested in political, intellectual, and creative achievements from the Bronze Age to the end of the classical period.

Killing Time - The podcast that investigates the darkest moments in our past to shine a light on wider histories.

Lest We Forget - Project led by the University of Oxford which aimed to capture the memories and stories of the First World War before they were lost to history.

Pitt Rivers Muesum - Founded in 1884, the Pitte Rivers Museum houses more than 500,000 objects, photographs, and manuscripts from all over the world, and from all periods of human existence. 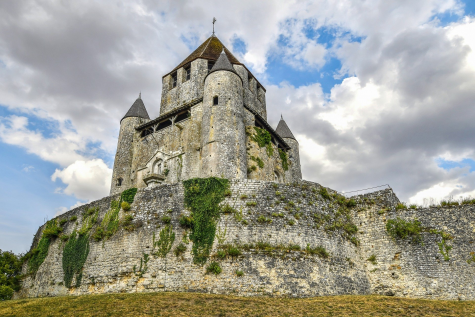