Miss Beale was appointed Principal of Cheltenham Ladies' College when she was only twenty seven, and she remained in post until her death. Her original intention in founding St. Hilda's Oxford was to provide somewhere for Cheltenham pupils and staff to take advantage of Oxford facilities without taking examinations. This aim meant that she was not welcomed at first by the existing women's halls, but within four years St. Hilda's was accepted on an equal footing, and most students studied for examinations. Miss Beale took an active part in planning every detail of her new institution.

Mrs. Burrows was widowed at the age of twenty four, just over a year after her marriage, and three months later her daughter Christine was born. Mrs. Burrows took an interest in women's education for her daughter's sake. In 1887 Christine entered Cheltenham Ladies' College, and Mrs. Burrows opened a house in the town in which girls could live whilst attending the College. When Miss Beale started St. Hilda's in Oxford she appointed Mrs. Burrows as Principal. This was a housekeeping rather than an academic role, and in the early days Mrs. Burrows was responsible for everything, from buying the furniture to chaperonage and discipline.

Originally a student at Lady Margaret Hall, Miss Burrows assisted her mother in the foundation of St. Hilda's whilst still a student. She became a tutor immediately after completing her studies and was Vice Principal at twenty three; Miss Beale took it for granted that Christine would assist, and it is not clear whether she was given any choice in the matter. She succeeded her mother as Principal, and was later Principal of the Society of Oxford Home Students (1921-1929).

A former scholar of Lady Margaret Hall, Miss Moberly had worked as administrator of hospitals in Russia during World War I. She oversaw the move to the newly acquired South Building, but her term of office was marred by increasing ill health, and she died less than a week after it ended.

After studying at Somerville and the London School of Economics, Julia Mann was appointed Vice Principal and Tutor in Economics at St. Hilda's in 1923. Miss Moberly's illness meant that Miss Mann had been running the College before her election as Principal. She oversaw considerable development and growth at St. Hilda's, and was a generous benefactor to the College.

Kathleen Major's first post at St. Hilda's was as President of the JCR when she was an undergraduate, and she went on to be Librarian and Lecturer at the College. She spent ten years as Archivist to the Diocese of Lincoln, and was Reader in Diplomatic at Oxford. She is recognized as one of the pioneers who established the disciplines on which the archive profession was based. As Principal she improved the administrative systems of the College and presided over a major building programme.

Daughter of the Warden of New College, Mary Fisher took a classical first at Somerville, and then went into research. After World War II she became a civil servant in the Colonial Office. The first Principal with a husband, she and John Bennett had to break new ground, encouraging students in the Lodgings and leading the musical life of the College. On being proposed for the Principalship, she is reputed to have said 'it can't be much worse than running the WI'. 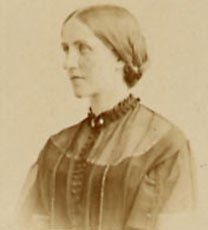 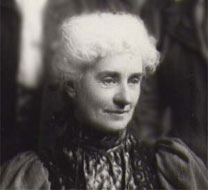 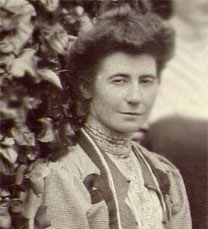 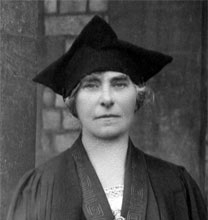 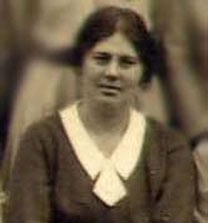