In 2021, 93% of our undergraduate students got an upper second class or first class degree in their finals. We are delighted by this and congratulate all of our students. We thank our tutors for their invaluable support of St Hilda’s students.

** Cuppers are intercollegiate sporting competitions at the Universities of Oxford and Cambridge. The term comes from the word “cup”.

The following students achieved Blues* in 2019/20:

At Torpids 2019, our Women's and Men's 1st boats both won blades. W1 finished with five-bump blades and rose to division 2. M1 ended the competition at the highest position they have ever been, 7th in Division 4.

In 2017, St Hilda’s Women’s Football Team made it through to the third round of Hassan’s Cup after an impressive 5-0 win over University College. The team was promoted from the third division and reached the quarter finals of Cuppers. In the same season, St Hilda’s Men’s 1st team also made it through to the quarter finals of Cuppers. St Hilda’s newly formed Mixed Lacrosse team were unbeaten in the league. 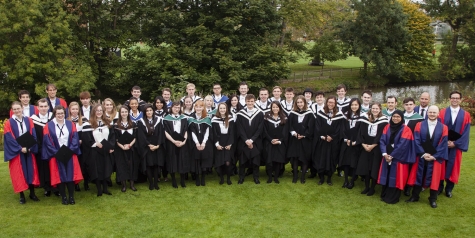