Need help with finding some super curricular reading for English Literature and Language? Check out these online resources:

10-minute Book Club - There are ten literary excerpts that you can read in just ten minutes. Each extract has been chosen by Oxford academics, and is paired with free resources and an introduction by an expert suggesting themes or contexts to think about as you read, by yourself or in discussion with family, friends, colleagues, or anyone else you’d like to connect with.

Approaching Shakespeare Podcast - Each lecture in this series focuses on a single play by Shakespeare, and employs a range of different approaches to try to understand a central critical question about it. Rather than providing overarching readings or interpretations, the series aims to show the variety of different ways we might understand Shakespeare, the kinds of evidence that might be used to strengthen our critical analysis, and, above all, the enjoyable and unavoidable fact that Shakespeare's plays tend to generate our questions rather than answer them.

Manga Shakespeare  is a series of critically acclaimed books featuring cutting-edge manga illustrations with the abridged original text from Shakespeare. Manga is a visual medium originating from Japan, used for popular communication and education, increasingly popular in the West.

The Forum - The Forum, the BBC World Service's flagship discussion programme, brings together prominent thinkers from different disciplines and different parts of the world with the aim of creating stimulating discussion informed by highly distinct academic, artistic, and cultural perspectives.

The Forum - Classic literarture: Reading between the lines - From Moby Dick to the Moomins, the BBC's Forum explores the books that captured the world's imagination

The Poetry Society was founded in 1909 to promote “a more general recognition and appreciation of poetry”.  Since then, it has grown into one of Britain’s most dynamic arts organisations, representing British poetry both nationally and internationally.  Today it has more than 5,000 members worldwide and publishes The Poetry Review. 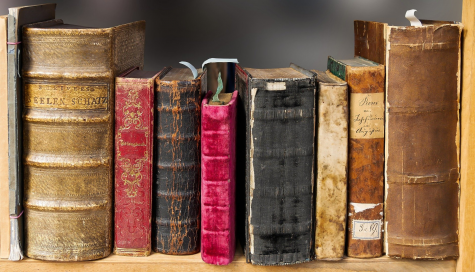