Dressed for War: the story of Vogue. 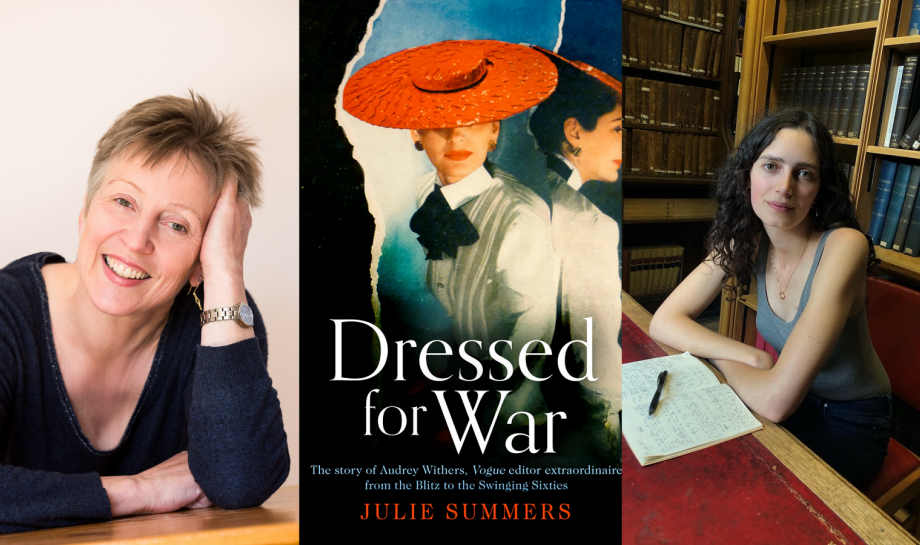 Dressed for War: The Story of Vogue Editor Audrey Withers, is the untold story of our most iconic fashion magazine in its most formative years, in the Second World War. This event has now ended but you can view the recording HERE.

In place of our usual 12th Night London gathering with the Alumnae Media Network, Julie Summers and Rosalind Jana, both authoritative and dedicated followers of fashion, will explore Vogue from the Blitz to the Swinging Sixties, taking in the art of biography, the history of pop culture, and the demands of TV adaptation.

Julie Summers is a historian, broadcaster, and the author of 14 books including Jambusters, that became the hit ITV Drama series, Home Fires, which aired in 2015 and 2016 to nightly audiences of 6 million. The acclaimed Dressed For War has been optioned by Gaumont TV UK to be developed into a drama series. Julie is currently the Royal Literary Fellow at St Hilda's College, a role she enjoys more than she ever imagined.
Rosalind Jana (English, 2013) published her first book whilst still an undergraduate and is a fashion and culture writer. She is a contributing writer at Vogue Global Network and has written for a range of other publications and platforms including The Telegraph, Magnum Photos, Prospect, Refinery29, Soho House, The TLS, and BBC Radio 4.

Ladies with an attitude
Fellows that were in the mood
Don't just stand there, let's get to it
Strike a pose, there's nothing to it
Vogue