Dr Mavis Maclean has been elected an Honorary Bencher, Middle Temple Inn. Dr Maclean has carried out Socio-Legal research in Oxford since 1974, and is now joint Director of OXFLAP. She has acted as the Academic Adviser to the Lord Chancellor’s Department since 1997, and served as a panel member on the Bristol Royal Infirmary Inquiry between 1998 and 2001, a major public inquiry into the National Health Service. She is a Senior Research Fellow in the Faculty of Law. In 1993 she was elected President of the Research Committee for the Sociology of Law, International Sociological Association, in 2000 a Trustee of the Law and Society Association, and in 2002 a Fellow of the Royal Society of Arts and the ESRC Research College SHARe . She has served on a number of grant making committees, notably the Children and Family Justice Committee, Nuffield Foundation 1996-, the Research Liaison Group for Children’s Services, Department of Health 1996-, and the Joseph Rowntree Foundation Social Policy Committee. She was a member of Lord Chancellor’s Legal Aid Advisory Committee 1992-4, and is a Fellow of the IISL, Onati, Spain. She is a member of the editorial board of the Journal of Social Welfare Law and the Family, and of the Management Committees of the Centre for Family Research, Cambridge, and the One Parent Families Association. Her research interests are Family Law and Family Policy, particularly from a comparative perspective. 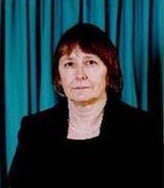