Kate Millett is an American feminist author, sculptor, and activist. She is best known for her involvement in second-wave feminism, and for the book Sexual Politics (1970).

Kate came to St Hilda's with senior status to read for a degree in English, having completed her first undergraduate degree in the USA. She was one of the first American women to be awarded first-class honours while studying at St Hilda’s College. Throughout the 1960s and 1970s Kate was active in feminist politics, becoming a committee member of the National Organisation for Women in 1966. In 1971, she began restoring fields and buildings in New York that would become the Women’s Art Colony/Tree Farm; since 2012 this has been renamed the Millett Center for the Arts and is a now a 501c3 non-profit organisation. In addition to writing 'Sexual Politics' in 1970, Kate also penned 'Flying' (1974), 'Sita' (1977), 'Going to Iran' (1979), and 'The Loony-Bin Trip' (1990).

In March 2013, the U.S. National Women’s Hall of Fame announced that Kate would be inducted on October 24th that year in Seneca Falls, NY. 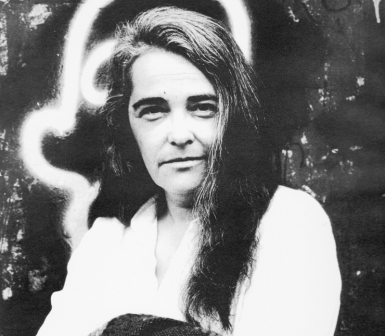