Dr Helen Swift is admitted as Assessor of the University

We are very proud that Dr Helen Swift, Fellow and Tutor in French at St Hilda's, was admitted as Assessor of the University of Oxford on Wednesday 18th March 2020.

With the Proctors, the Assessor is a senior officer of the University whose roles encompass advocacy and scrutiny. The office of the Assessor was created with a special concern for policies on student health, welfare and financial issues.

St Hilda’s has had in several respects an important role to play in the history of this position. The very first Assessor elected, in 1963, was Dr Muriel Tomlinson, Chemistry Fellow of St Hilda’s who played a key role in progressing medicine in the College. St Hilda’s subsequent office-holders as Assessor have been Dr Maggy Rayner, Fellow in Mathematics and author of the College’s Centenary History who died in 2019; and Professor Hilda Brown, Fellow and now Senior Research Fellow in Modern Languages. Women were incorporated into the proctorial cycle as recently as 1977. Since then, we have had as Junior Proctors Dr Anita Avramides, Fellow in Philosophy, and Professor Sally Mapstone, now Vice Chancellor of St Andrew’s. More information about of the history of the officership of the Assessor can be found in The History of the University of Oxford, vol 8, in a chapter entitled ‘Women’ written by Janet Howarth, Emeritus Fellow in History of St Hilda’s College.

Many congratulations to Dr Swift. We wish her every success in her new role. 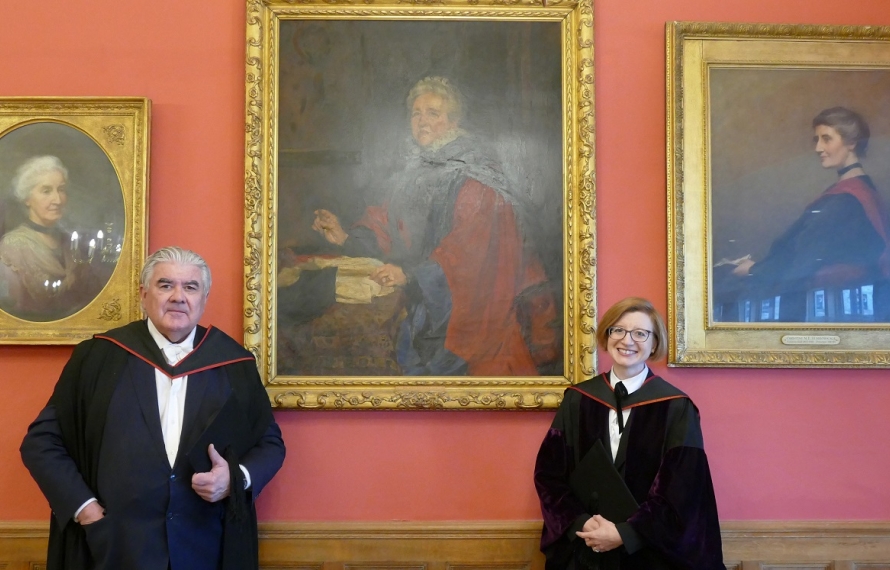