Dr Daisy Dunn (Classics, 2005) read for an MA at the Courtauld. In 2013, Daisy completed a PhD in Classics and Art History, funded by the AHRC, at UCL, where she also taught Latin and Greek. Awarded the Gay Clifford Award for Outstanding Women Scholars, she undertook part of her research in Florence. Her first books, Catullus' Bedspread: The Life of Rome's Most Erotic Poet, and The Poems of Catullus, are published by William Collins (January 2016) and by Harper Press in the USA. Daisy is Editor of Argo magazine, and writes for The Daily Telegraph, Evening Standard, Sunday Times, The Times, Spectator, Standpoint, New Statesman, Daily Mail, Newsweek, TLS, Catholic Herald, History Today, The London Magazine, Literary Review & Apollo. She was longlisted for the 2015 Notting Hill Editions Essay Prize.

Interview - 'St Hilda's and Me'

Daisy Dunn (Classics, 2005) was the star guest at the St Hilda’s College 2015 Founder’s Day Dinner, delivering an enlightening and entertaining speech on her work as a writer and journalist. Here, she gives more detail on her time at St Hilda’s, as well as news of her new books.

What made you choose Classics in the first place?

I don’t think that this is a particularly original answer, but I was keen to try a subject which incorporated a lot of my different interests – history, art, languages and so forth. Classics gave me that versatility and the chance to try things I’d never really studied before, such as Greek and philosophy.

Did you originally apply to St Hilda’s?

After a few visits to various colleges I applied to Christ Church purely because they had an art room and I liked art! As it turned out, I was interviewed twice at Christ Church and twice at St Hilda’s, which meant the whole interview process took five or six days, which was quite unusual. I had a happier experience at St Hilda’s; I remember finding the atmosphere very relaxed and friendly, plus I really liked the tutors. I was very happy when I got an offer from St Hilda’s!

You were here during a particularly interesting time for the College – the vote and subsequent announcement of the new coeducational status, as well as the first intake of male students. What were your thoughts on this at the time?

I have to say I was one of the people who voted against going mixed. I have no problem with boys, but I felt like it would change College completely and irreparably. Oxford is still very male-dominated in a lot of quarters, so I liked having an area where women were nurtured, promoted and allowed to succeed without having direct competition from boys. That said, I made friends with several of the first-year boys even though they were three years below, and they were lovely! I did start to get nervous when they held elections for JCR Officers and all the main posts were filled by boys. I gather things have evened out since then but I didn’t like how male-dominated the JCR Committee became in the early days. I think it’s really important that the students continue to remember the heritage of the College – I’m certainly not averse to change, but it’s nice to remember tradition and keep College’s original spirit alive.

Do you have one particular memory which stands out when you look back at your time at Oxford?

I remember the morning I was going off to Mods (the first exams you do in Classics) – it started with lots of my friends coming down to the dining hall to greet me, then everyone wished me good luck as I went off in my sub fusc to meet up with friends from my Greek class outside Exam Schools. I remember everyone being very nervous, but the important thing was that we were nervous together. That sums up the whole exam experience really – the nerves, the excitement, the formality of our sub fusc etc. I loved wearing sub fusc – I still have both gowns hanging in my wardrobe, even though I’m never going to wear them again. A few years ago Vogue featured white shirts with the same black ribbon, so at one time we were very fashionable!

Why should a prospective Classics student apply to St Hilda’s?

I think the tutors at St Hilda’s are incredibly friendly and supportive, both academically and pastorally – they give a lot of their time to their students which my friends at some other colleges didn’t always get. St Hilda’s has a great library, very well stocked with Classics books; I have some very happy memories of revising for Finals there. I was one of those slightly possessive people who took over a table with my books and bottles of water! I used to get there early when it first opened, then during the day I’d go for a two-hour walk to clear my head and then I’d come back to work into the evening, the summer sun shining through the window and people punting past on the river. Having our own punts is a definite advantage! St Hilda’s is in a great position for walks into Oxford and around the meadows. Everyone used to think it was quite far out from the centre of town, but once you leave you realise just how close it actually is – and everyone is always very willing to go to other colleges to meet people anyway. With Classics you meet people from across the whole University in your language classes, so you don’t have to feel bound to the people you come up to St Hilda’s with. It’s such a friendly college – I used to really like the round tables in Hall, very different from the long tables most colleges have, as you end up speaking to all sorts of people from different year groups.

What did you learn at St Hilda’s that has particularly helped you in your chosen career?

As a reviewer and features writer, I try to sneak in classical references as often as possible through bringing up anecdotes from the past – there are so often parallels between the modern and ancient worlds. My doctorate focussed on a fairly small area, so the broad knowledge I need to bring to my journalism often comes from what I studied as an undergraduate at St Hilda’s rather than what I specialised in later. As well as specific knowledge of Classics, I sharpened various skills which have made a big difference to my work. My entire career is completely dependent on having a good work ethic as I’m the only one pushing myself – as a student I was quite self-driven and self-directed, which I have to be now too. Compared to many other universities, at Oxford there is a lot of freedom to think and work on your own, and to push yourself; that’s been a very important skill for me in later life.

Can you tell us a little about your new books?

I decided early on that I wanted to write for a broad audience rather than just the academic world. I’ve always believed that Classics shouldn’t be restricted to those who were fortunate enough to study Latin or Greek. Of all the poets I’ve studied, I feel that Catullus most speaks to today’s audience as he has such a modern voice. A lot of people with no classical background have heard of him and his notoriously risqué verses, and he seemed a suitable subject for a biography. There’s such a paucity of factual information about Catullus that it makes it very challenging to put together a complete traditional biography, though, but I felt that Catullus’ poems tell their own story, so I decided to write that story, a biography told in his own words, weaving the poems together to bring out the life and world to which he belonged. The book’s called Catullus’ Bedspread: The Life of Rome’s Most Erotic Poet. For the second book, The Poems of Catullus, I translated all of his poems into English. I didn’t try to replicate his metres, as I found that this just doesn’t work. I stayed quite close to the original Latin and just translated what I felt he was really trying to say. Both books are being published by HarperCollins on 28 January 2016.

What’s next for you?

My agent would like to know that too! I have an idea for another non-fiction book, which I’ll be refining. I’ve taken a bit of a break since finishing Catullus, reviewing other people’s books and working on some feature articles. Journalism is quite a cumulative thing – the more you do, the more work you get offered, so I have to make an effort even when writing books to keep my journalistic hand in, which often means working evenings and weekends. It takes a lot of discipline!

Would you consider trying your hand at historical fiction?

I would, but I think there are so many people who are already doing the Ancient World so well that I’d be tempted to try a later period. I’m certainly interested in writing a novel at some stage (of course everyone believes they have at least one novel in them!), but if I were to attempt historical fiction I think I’d want to choose something in the early 20th Century, as it would be a new challenge.

The Poems of Catullus 2016, Harper Collins 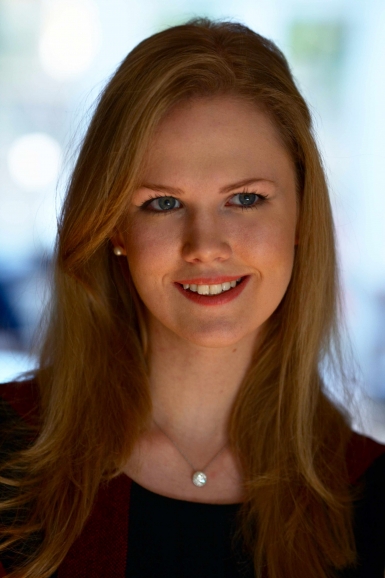