Barbara joined St Hilda's College from Lincoln College, where she was the Shaw Foundation Fellow in Law. She previously held posts at University of Cambridge (Emmanuel College), and Oxford (Balliol). She worked  for Clifford Chance Prague, trained at the Legal Service of the European Commission and in the Chambers of AG Poiares Maduro at the Court of Justice of the European Union. She was an academic visitor at several law schools, including Harvard University and University of Michigan as a Fulbright Scholar and the Jean Monnet Center of NYU Law School as an Emile Noel Fellow.

A list of Barbara's publications is available at http://www.law.ox.ac.uk/people/barbara-havelkova 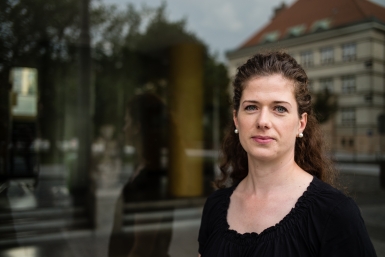