A documentary film of the workshop residency, 'Cupid and Psyche', is available to watch 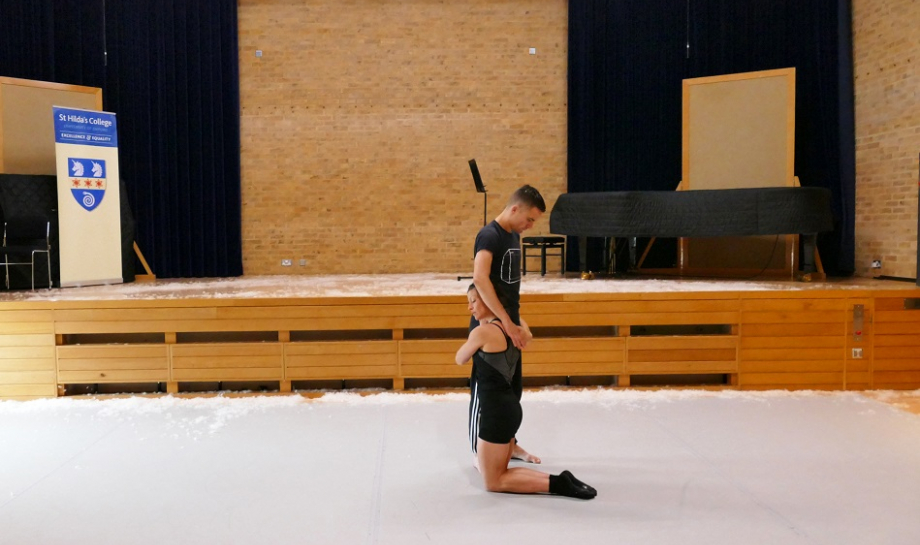 Dancing with Apollo was a week-long residency held in July at St Hilda's College Oxford, during which celebrated choreographer Kim Brandstrup and two dancers - Liam Riddick and Laurel Dalley-Smith - worked alongside award-winning violinist, Sara Trickey, and pianist Ivana Gavric, with Marina Warner as dramaturg, to develop a dance-piece based on Cupid and Psyche, to a newly commissioned score from composer Edmund Finnis.

The piece, A Duet in the Dark, premiered at a live event on 11 July at King's Place, London, and received a 4-star review in the Guardian.

A 10-minute documentary film of the workshop residency has been made by Rocio Chacon. You can watch the film of Dancing with Apollo here.