Kate was created Dame Commander of the Order of the British Empire (DBE) for services to the economy in the 2014 Birthday Honours. Kate is a former member of the Bank of England's Monetary Policy Committee, she chaired the Commission on the Future of Health and Social Care in England for the King's Fund, and lead a quality review for the Office of National Statistics. She took over as Chair of the Society of Business Economists in 2013. Prior to this, Kate was Chief Economic Adviser at the CBI, and before that worked as Chief European Economist for the Ford Motor Company.

Reflections on my time at St Hilda's

The experience of university changes most people – but coming from a background in Stoke-on-Trent where I knew almost no-one who had attended Oxbridge I found my arrival at St Hilda’s a real shock.  At first I very much felt that academically I was less well-prepared than my fellow PPE students.

Fortunately, and with real, if belated, thanks to the encouragement of my tutors, I eventually found my feet in that respect.  Looking back, it is the academic aspect of my time in college that I value most – even then I realised that never again would I have the luxury of days to puzzle over some question of moral philosophy.  I have been fortunate to have a career grounded in a subject I very much enjoyed as an undergraduate, economics, but even so the stimulus encountered at Oxford has been hard to rediscover elsewhere.

So while I developed in other ways – playing an active role in the JCR, experience in some backstage theatre work – without doubt what made St Hilda’s special for me was the quality of the learning.  It was a huge privilege to have those three years, to be challenged continually to think hard and to have the chance to learn so much.

My time at St Hilda’s left me with many happy, though now rather distant, memories, some very good and tolerant friends and most of all a desire to think every issue through and always be prepared to reappraise my opinions. 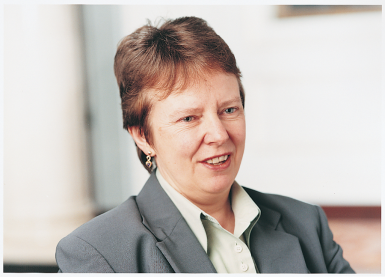