Dame Helen Gardner was a distinguished scholar and author. A Fellow of St Hilda’s College from 1942 to 1966, she became the first woman to hold the post of Merton Professor of English Literature at Oxford. Her work on T.S.Eliot, Donne, Milton and metaphysical poetry was all extremely influential and she was recognised with first a CBE in 1962 followed by DBE in 1967. She was a Fellow of the British Academy and received honorary degrees from Cambridge, London, Harvard, and Yale Universities. 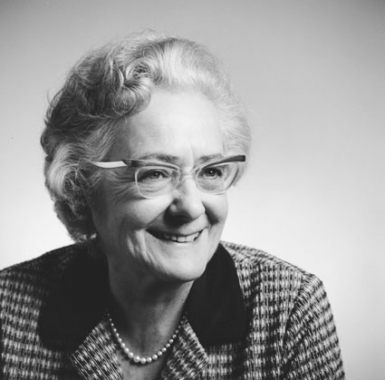