In May 2005 she was elected Member of Parliament for Richmond Park. She was appointed to the Treasury Team shortly afterward. She served on the Treasury Select Committee from May 2005 until March 2006 when she took up the role as the International Development Secretary for the Liberal Democrat Shadow Cabinet. She moved to Trade and Industry and then Transport.

In January 2008, Susan was appointed Liberal Democrat Families Spokesperson. Since being elected she has also been appointed as the Liberal Democrat Ambassador to The City of London, and Chair of the Environmental Taxation Taskforce. She was a board member of Transport for London under Ken Livingston and has served locally as a school Governor. She is also a Vice President of a national cancer charity and stays involved with local community groups especially those focused on improving the lives of young people.

Susan was introduced into the House of Lords in 2011 and appointed as Minister of State at Department for Transport in October 2013. She is focussing on Finance and Business issues including her long-standing interest in developing a framework for community banks.

Whilst at Oxford, Susan became the second woman President of the Oxford Union.

St Hilda's opened the doors of the world for me. At College I realised I could be ambitious and the training I had in economics and politics gave somebody from my background the confidence to go out into that world. 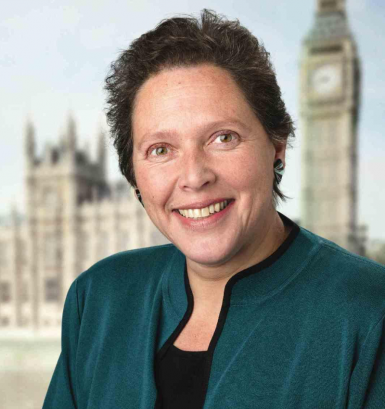