Appointment of new College Chaplain and Director of the Multifaith Space 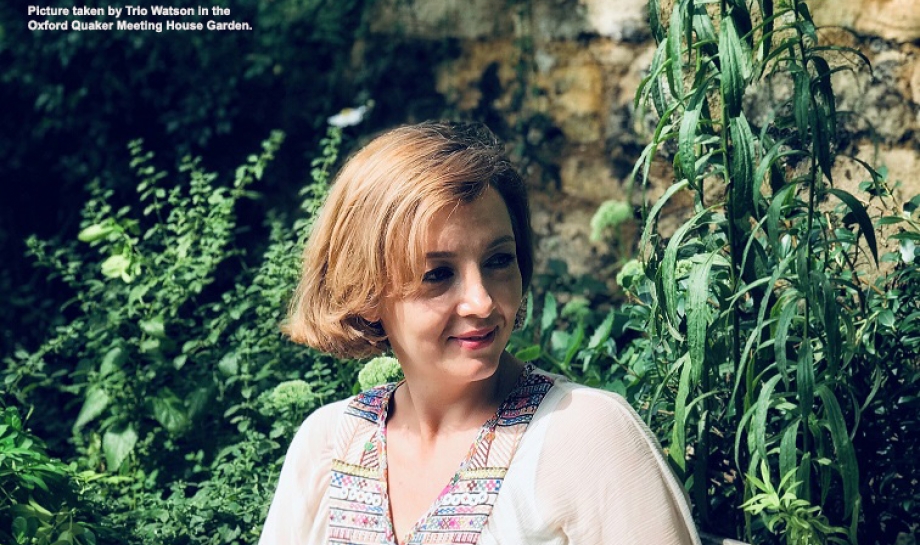 The College is delighted to announce the appointment of Suzan Meryem Rosita Kalayci as College Chaplain and the inaugural Director of the College multifaith space, called The Sanctuary.

Meryem’s appointment follows on the decision taken by Governing Body earlier this year, after wide consultation, to move from providing a specifically Christian chapel to designating the space allocated in our new Boundary Building a multifaith room. This is an exciting moment of creativity for the College – a St Hilda’s first! – as we set out to explore an imaginative and inclusive approach to chaplaincy in the college context, providing communal opportunities that can give a sense of belonging, of validation, and of empowerment and possibility.

Quakerism is almost 400 years old. It grew out of Christianity and today one can find a considerable diversity of religious backgrounds and spiritual beliefs within the Religious Society of Friends. As a faith group Quakers are known for their commitment to equality and peace, to simplicity, integrity, community, and stewardship of the earth.

Meryem is an historian by training. She studied for her first degree at Boğaziçi University in Istanbul, going on to take the MPhil at Murray Edwards College in Cambridge, and her PhD at the European University Institute in Florence. She has held fellowships at Yale University and most recently at the Faculty of History in Oxford where she has been a British Academy International Newton Fellow attached to Pembroke College since 2018. She works above all on silence and silences, with a particular interest in the history of silence surrounding the Armenian genocide. She is currently completing a book entitled Reading Silences: Essays on Women, Memory and War in 20th Century Turkey.

We are greatly looking forward to working with Meryem to make The Sanctuary a space that is open and welcoming to all in the College community, drawing out the spiritual dimension of the life of the College as a diverse community fully committed to the principles of equality and mutual respect among all its members.

Meryem writes: “I am delighted to be appointed St Hilda’s new Chaplain, and look forward to working with everyone to make The Sanctuary a welcoming place of prayer, reflection, and stillness for all. I am not just a Quaker and historian, but also a very keen gardener and hope to create a small aromatic herb garden for everyone (including St Hilda’s cats) to enjoy!”