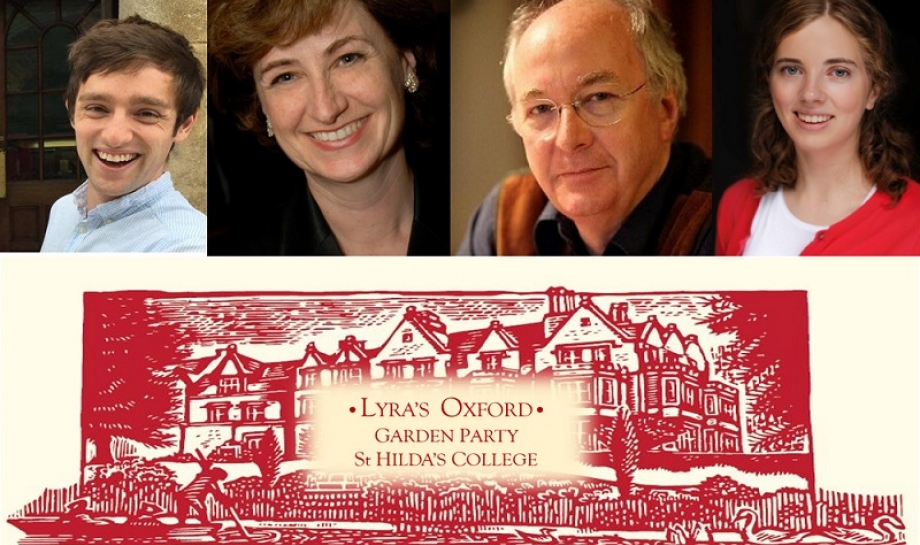 “After nourishment, shelter and companionship, stories are the thing we need most in the world.”
― Philip Pullman

This event has now ended, but you can still watch the filmed sessions and make the most of the games.

Games, recipes, puzzles and activities for all the family, with our very own Madcap Maddie. Click on the Games button on the right and get weaving.

Live lecture and Q&A with Dr Luke Jew (Physics, 2009)
Parallel Universes: the facts behind the fiction
Luke was part of the the second year of men admitted to College. He completed his DPhil at Oriel College, and then was a post-doctoral research associate in the physics department before returning to St Hilda's teaching second year thermodynamics and statistical mechanics, and third year atomic and molecular physics. Chaired by our Tutorial Fellow in Physics Dr Daniel Bulte.

Novelist Philip Pullman and dramatist Madeleine Perham, In Conversation with Nicolette Jones   Live with audience Q&A
Sir Philip Pullman, the creator of His Dark Materials Trilogy in conversation with two distinguished alumnae. Writer journalist and literary critic Nicolette Jones (English, 1978) has been Children's Books Reviewer for for over two decades. Madeleine Perham (English, 2012) is a theatre director and dramatist.